FIRE IN THE FOREST

During the month of March 2015, the Cape Peninsula was ravaged by some of the worst wildfires in recent years. Thousands of hectares of fynbos and indigenous vegetation burned, hundreds of people were evacuated, and the Mother City reached its highest recorded temperature in the past century. Read Greenpop’s blog post about these fires here (written by Zoe Gauld).

Lesser known than the Cape Town fires was the fire that raged near Platbos Forest, the southern-most indigenous forest in Africa, just 2.5 hours drive from Cape Town in the Overberg region between Stanford and Gansbaai.

Says Melissa,“Tuesday, 3rd of March 2015, was the day we dreaded yet knew must come. It was the hottest day recorded in one hundred years, and as I drove into Gansbaai to do my weekly errands, I thought: there is only one word for this heat: combustion.  Not shortly after this thought, I received several calls from friends and neighbours: have you seen the fire on the edge of Platbos?

The fire was burning in a neighbouring property adjoining the forest – lands festering with a dense mix of combustible alien trees: rooikrans, spider gum and myrtle…

The fire raged through the nearby alien trees … and, in the end, about 1000 square metres of indigenous forest was burnt and some beautiful old trees destroyed.

Whilst fires are required to regenerate the Fynbos, this is not the case for the small patches of surviving indigenous forests in the Western Cape. Alien vegetation burns far more fiercely than Fynbos and as long as they surround the indigenous forest, the fire risk remains. Our primary focus now is to fire-break the whole perimeter of Platbos.

Climate change, neighbouring properties that are alien-infested, hotter summers and drier winters mean that Platbos Forest is seriously at risk.”

The fire was a sign for all of us invested in Platbos Forest, that we need to keep focussed on protecting this unique forest gem of the Western Cape – some of the indigenous trees in Platbos are over 1000 years old and the forest is extremely important for the area. Melissa and Francois Krige, who manage the forest,are collecting fire fighting equipment for future fire threats, looking to cut further firebreaks and clear more alien trees away from the forest edges.

Greenpop’s annual contribution (as a partner of the Platbos Forest Reserve) is in the planting of thousands of indigenous trees to start the process of rejuvenatingand “re-growing” the forest. The PlatbosForest Reserve clears away large sections of alien trees surrounding the forest in the first half of each year and in May, just before the rainy season, Greenpop hosts two reforestation weekends where hundreds of people come together to plant thousands of indigenous trees where the alien trees have been cleared.

Like many natural forests around the world, parts of Platbos have been cleared in the past century for cultivation. This means that the trees that would naturally grow there have been cut down. Today, many of these cleared areas are being taken over by dense invasive alien vegetation, which makes it difficult for the indigenous trees to grow back and, as seen in March 2015, this poses a serious fire risk to the whole forest.

In response to this issue, Melissa and Francois Krige of Platbos Forest harvest endemic seedlings from the forest, rear them in the Platbos Forest Tree Nursery and then, after 2 years, they are ready to be replanted to expand the forest. Most of this re-planting happens at Greenpop’sannual Reforest Fests. It’s important to plant endemic trees from Platbosbecause they are especially adapted to droughts, maintain the genetic integrity of the forest, keep the fires out and serve as a food source for the bird and animal species that rely on the Platbos ecosystem for survival.

This forest eco-system (with a unique mix of Coastal Forest and Afromontane tree species including White-milkwood trees, African White-stinkwood trees and many others) deserves to be restored and protected for future generations to experience.

Join Greenpop and Platbos to plant 8000 new indigenous trees this May at the annual Reforest Fests. To date (over the past 4 years), we have planted just over 18 000 trees and this year, the Greenpop team and festival goers hope to add a further 8000 trees to this precious eco-system. In all, over 22 000 trees have been planted at Platbos since the Kriges initiated the Platbos Reforestation Project in 2008.

Lauren O’Donnell, Director of Greenpop says, “Forests are the lungs of the Earth – they are part of keeping us alive and we are part of them. We are connected to our planet – we just sometimes forget this. Being in Platbos Forest is a reminder for me of how we humans are part of nature – we are not separate from it. Protecting our planet, celebrating its incredible beauty and learning from its genius systems is what we are here to do.”

The Reforest Fests are held over two weekends in May in the Platbos Forest (2.5 hours drive from Cape Town). The first weekend is a Family Fest (8-10 May) and the following weekend is a Friends Fest (15 – 17 May). The idea is to bring people together to celebrate and appreciate this beautiful forest, learn about sustainability and the importance of forests to sustain life on earth, plant trees to “re-grow” the forest and (re)connect with our planet – our home!

As the names suggest, the Family Fest is aimed towards families with children of all ages, music ends at about 10:30pm on the Saturday night and activities are tailored towards connecting families and children with nature. It’s also Mother’s Day on 10 May so we will do a special Mother’s Day tree planting ceremony.

The Friends Fest is a bit more of a party on the Saturday night and slightly different activities and talks on the Sunday. All ages welcome to both! 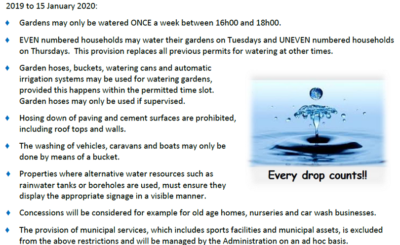