In October 2010 the level of the Wolwedans Dam, the main source of water for the Mossel Bay Municipality, was down to just 14,5 per cent. This week the dam’s level rose to over 101 per cent following more good rain in the dam’s catchment area since last Friday (22 July 2011). The other dams from which the Municipality draws water are also flowing over.

The Wolwedans Dam flowed over for the first time again following the heavy rains in June 2011. Another 69 mm of rain was measured at the Municipality’s sewerage plant at Hartenbos and 43,9 mm at the Sandhoogte sewerage plant nearGreatBrakRiversince last Friday.

“This means thatMosselBayhas sufficient water to meet the demand for nearly two years if it does not rain again. We are therefore in very good position right now.

“However, while the new water sources, such as the seawater desalination plant which the Municipality developed, now seems to be superfluous, it must be remembered thatMosselBayperiodically suffers severe droughts. Its population has also nearly doubled from twenty years ago and it can be taken for granted that there will again be times that the Municipality will have to rely on these others sources instead of the dams,” said the Municipal Manager, dr Michele Gratz. 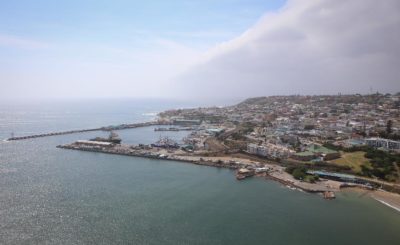