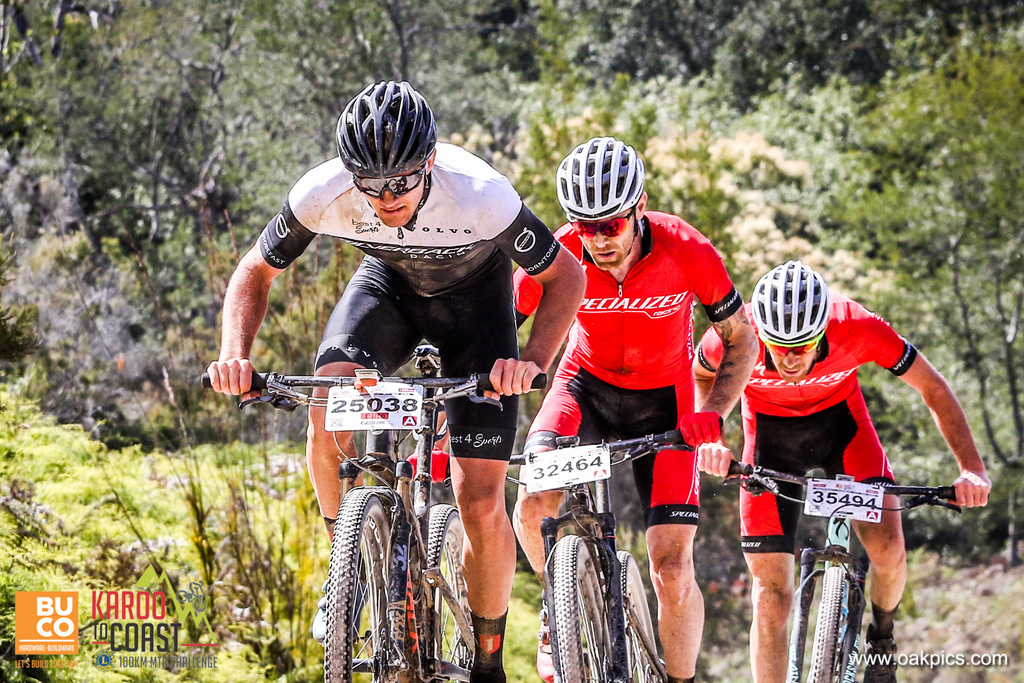 The 2019 BUCO Karoo to Coast may not feature any professional mountain bikers but with a host of top amateurs taking part victory, in South Africa’s largest single-day event, is sure to be fiercely contested.

The 96-kilometre route, from the Karoo town of Uniondale to Knysna on the Indian Ocean coast, features 1 560 metres of accumulated elevation gain. While those figures may sound relatively benign, especially when viewed in conjunction with the route profile, which trends deceptively downhill towards the sea, the riders will be in for a tough day on their bikes.

Two of the 2018 men’s top-three finishers and last year’s women’s runner up headline a strong field. Though one-and-all are amateurs, who have to balance the commitments of full-time jobs with their training, many are exceptionally fast. The absence of elite riders also leads to a level playing field, creating the chance for any one of a number of riders to race to victory.

In 2018 former-pro Waylon Woolcock and Craig Boyes combined to great effect to outmanoeuvre Matthew Keyser, setting up Boyes for the win. This year it could be Boyes’ turn to return the favour as Woolcock is by all accounts in fantastic form. “Craig [Boyes] tells me that Waylon [Woolcock] is really strong right now” Boyes’ flatmate Nicky Giliomee confided. “Craig is probably fitter than he’s letting on and they will be joined by Jacques Lloyd too. So, I expect the three Specialized Stellenbosch riders to work together” Giliomee predicted.

That team work could play into the hands of Woolcock, Boyes and Lloyd; or it could create a situation where they drag a dangerous rival to the potentially decisive Simola climb. Coming 81 kilometre into the race, and topping out at the 88-kilometre mark, Simola is hardly a bump on the route profile. It is however one of the steepest climbs in the race and could break-up a select group of leaders who had ridden together until that point.

Among those hoping to capitalise on the team strength, of the trio of Specialized Stellenbosch riders, are Dusty and Tyler Day, Jan-Paul Gerber and Philip Malan. The Day brothers will also be able to rely team tactics to an extent; in what is an individual’s race. While Gerber and Malan will have to race intelligently in order to combat the firepower of their co-operating rivals.

Another man to watch is the newly crowned BUCO Dr Evil Classic champion, Martin Schuttertt. Hailing from the Netherlands, Schuttert blew the field apart on the opening stage of the three-day stage race before conserving his energy for the BUCO Karoo to Coast. “The open road riding suits me very well” the former elite rider explained. “I enjoy that high speed, high tempo racing, because I training on my road bike mostly back home in the Netherlands.”

With the BUCO Dr Evil Classic victory already secured Schuttert is the favourite to win the Best of Both World’s competition. It rewards the rider with the fastest accumulated time across the three-day stage race and the BUCO Karoo to Coast. The winner will receive a prize to the value of R50 000, including entries to and luxury accommodation throughout the 2020 editions of both events.

In the women’s race Giliomee is out to add the BUCO Karoo to Coast title to her palmarès after finishing second to Pauline Tunstead in 2018. She will have to hold off former winner Jeanie de Villiers and the always competitive Kate Slegrova to do so though. Fellow 2018 podium finisher Lizanne van der Merwe is also a woman to watch. Having finished fifth last time out she will undoubtedly be returning to the event with more experience and racing nous.

A story with remarkable symmetry playing out on Sunday is that of Amy Hopkins’ mountain biking journey. Hopkins is the editor of Women’s Health magazine and took part in her first mountain bike races at the BUCO Dr Evil Classic and BUCO Karoo to Coast events in 2017. Two years on and Hopkins will start Sunday’s race in the A Batch. It is the first time she will line-up alongside the race favourites in a mountain bike race and she could rightfully be considered among the women’s podium contenders too.

To have progressed so rapidly in a new sport is an extraordinary and inspirational tale. “I did the races together in 2017, so I count them as my first race experience” Hopkins said. “It took me nearly six and a half hours to finish the BUCO Karoo to Coast back then! This year I’m starting in A Batch. It’s a first for me. I’m so excited and nervous, to be racing alongside the top contenders like Nicky Giliomee.”

Looking ahead to race day Hopkins stated: “It’s such a beautiful route, with amazing views and great energy. The conditions will be quite different to what I rode the race in before, as it looks like a pretty wet day with a little bit of wind. But I’m ready for whatever the day throws at me!”

Hopefully the 4 499 other riders who will be departing Uniondale for Knysna, via the Prince Alfred’s Pass, on Sunday will be equally well prepared. To follow the action as it unfolds on the 21st of September 2019 follow @karootocoast on Twitter, @karoo2coast on Instagram and like the Karoo to Coast Facebook page. For more information on the race, the route and the charities who benefit from the event please visit www.karootocoast.com.

Having helped Craig Boyes (right) to victory in 2018 Waylon Woolcock (centre) starts the 2019 BUCO Karoo to Coast as the race favourite. Photo by Oakpics.com. 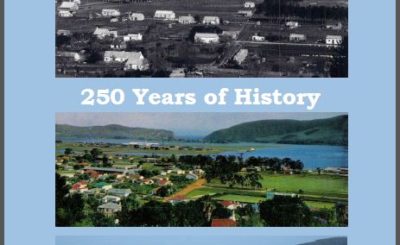 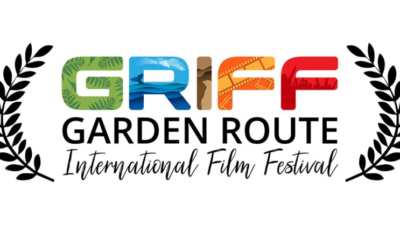