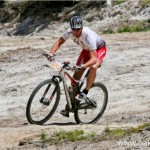 George – A cyclist who fell about 12 metres into the water from a bridge during theKarooto Coast Mountain Bike Challenge on Sunday, says it is a miracle that he survived.

Marius Louw, managing director of Du Toitskloof wines in Paarl, was one of 3 500 participants who took part in the 100km race betweenUniondaleand Knysna.

Louw said on Monday the incident happened about 35km after the start on a long downhill stretch. He took his eyes from the road for just a second after taking an energy sachet from a bag.

“I wanted to put back the bag and looked down. That’s when I fell.”

He fell between a bridge railing and a cliff. “I landed on top of my bike, on my back in the water. The water was about 15cm deep. There was a backpack on my back that helped to break my fall.”

Louw had only praise for local emergency workers like Deon van Wyk, who helped him.

“It was a blessing. Deon suggested that the AMS metro helicopter be called. The Lord was good to me.”

AMS spokesperson Venessa Horn said the helicopter could land about 100 metres from the spot where Louw had fallen. He was put on a stretcher and taken to George Medi-Clinic.

There were initial fears that he had injured his neck, said George Schutte, manager of George Medi-Clinic on Monday. “Louw was lucky. He sustained scratches and only hurt his left knee.”

Louw was discharged on Monday. He said he knew the route and it was the second time he had taken part in the race.

Sue Fitzpatrick, chairperson of the organising committee and president of the Knysna Lions, said there were no big crises during the race. “People fell but it happens.” 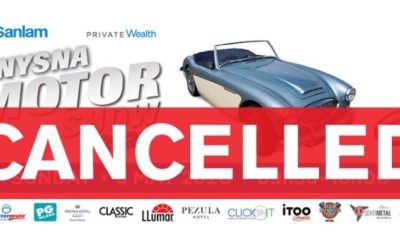