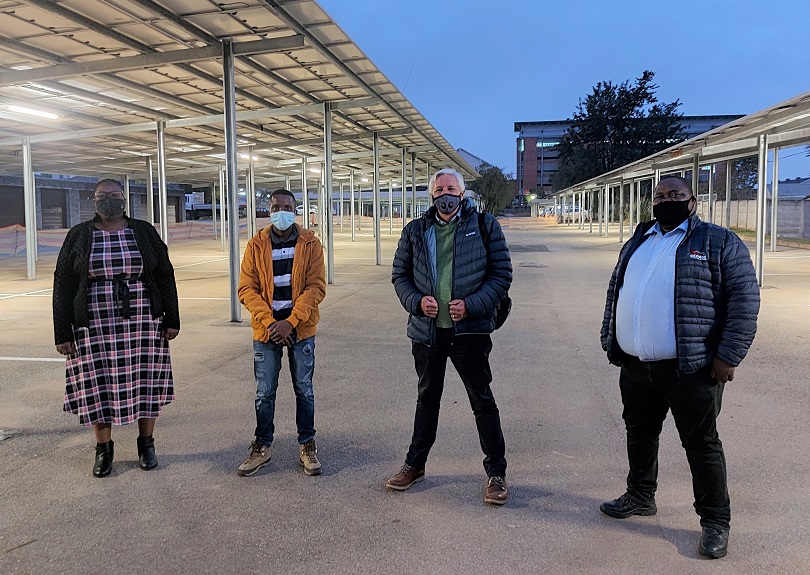 George Municipality’s main building will now mostly be powered by solar following the activation of the recently installed 300kW solar-power plant in the municipal parking lot. 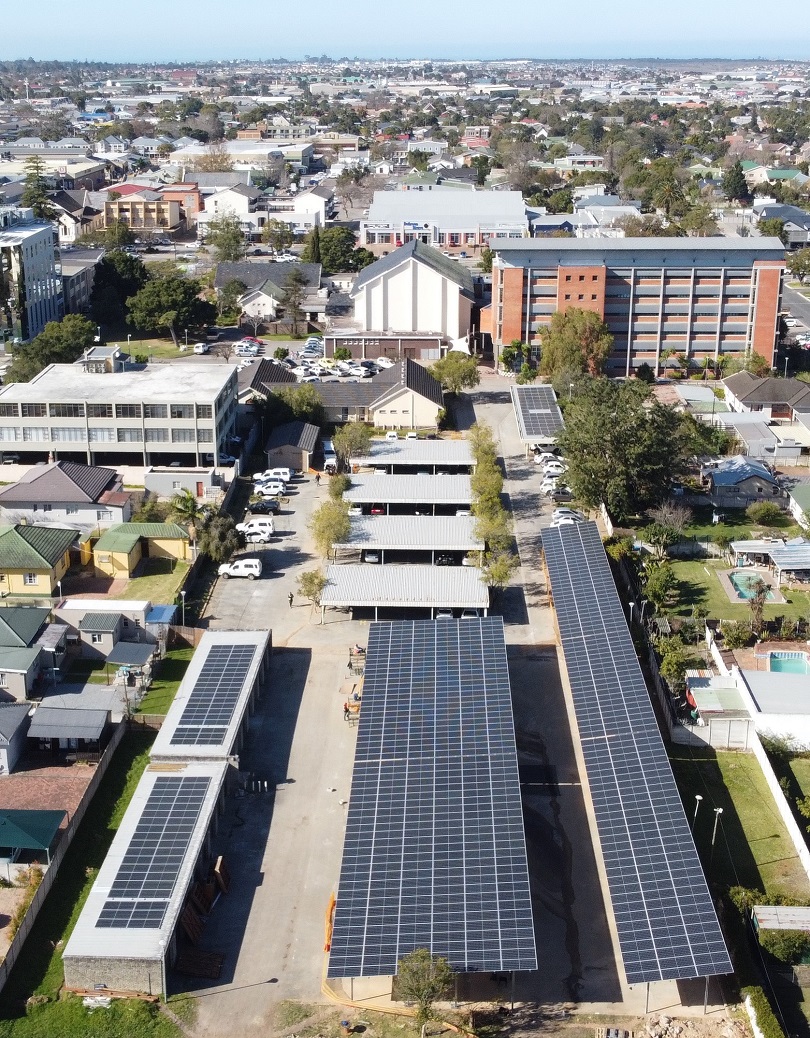 Funded by the national Department of Energy and facilitated by the municipality’s Electrotechnical directorate, the solar plant consists of 692 photovoltaic (PV) panels installed on top of the roofs of the parking bays – not only generating enough power to electrify the main building and civic centre but also providing shade and protection for municipal vehicles. 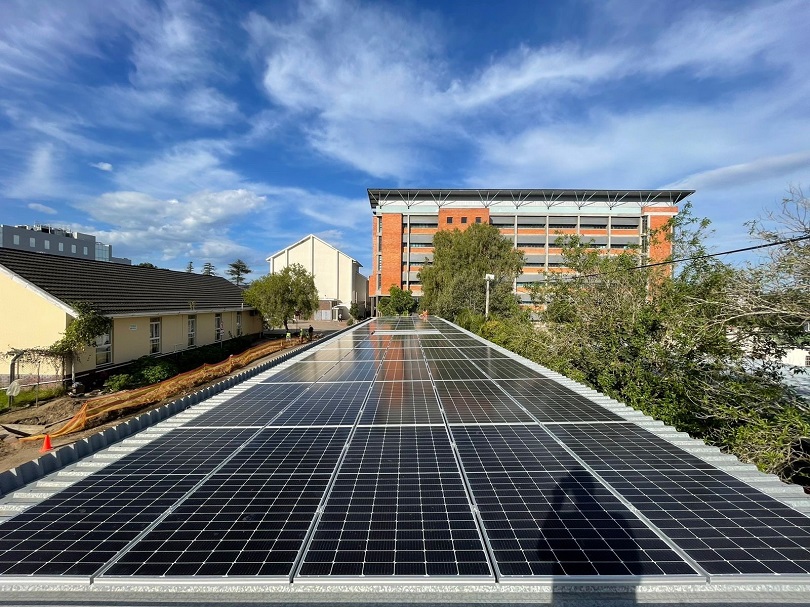 The energy generated feeds directly into the municipal buildings’ main low voltage distribution boards. Any excess power not used by the main buildings and civic, is exported to the grid and feeds into neighbouring municipal buildings, such as the housing offices, and the park in front of the civic centre in York Street.

Solar power that the municipality does not use goes back into the city’s grid, which is then ‘credited’ against the municipality’s Eskom account according to a special tariff. During the night and on cloudy days, the municipality uses the accumulated ‘credit’ and pays for electricity thereafter. It is expected to produce 500 000kWh of energy per year and should pay itself off within seven years.

The total savings in carbon dioxide emissions generated from the new solar-plant will be about 9027 tonnes of CO2 over the plant’s 25-year lifetime.

George Acting Municipal Manager Dr Michele Gratz said the municipality was proud to be among the first local authorities in the Western Cape to generate electricity for its own buildings. “This kind of project ultimately benefits the people of George because it saves money, promotes innovation and good environmental practices.

“We thank national government for supporting us in the pursuit of energy saving across as many platforms as possible. The municipality continues to investigate various types of alternative energy sources to provide sustainable solutions for the city,” said Dr Gratz.