Major stormwater upgrades are well underway, which will significantly reduce flooding in problem areas in George during normal rainfall events.

Four projects to the value of R23-million will in some cases include upgrading of sections of gravel road to paved streets to allow the effective operation of the stormwater system in these areas.

The current Municipal Infrastructure Grant (MIG)-funded projects in Thembalethu Zone 1, Thembalethu Zone 9, Pacaltsdorp (Andersonville) and New Dawn Park are the first to be targeted in what the municipality hopes to be an on-going government-supported programme to upgrade stormwater infrastructure across the municipal area. George Municipality counter-funded the MIG allocation with approximately R5-million.

George Municipality Deputy Director Streets and Stormwater Lionel Daniels said these four areas were prioritised by using the George Municipality Stormwater Area Master Plan, a tool that analysed the condition of existing stormwater infrastructure and determined what kinds of work were required to resolve existing problems and/or to accommodate the needs of increased development. “The master plans are developed per area and the most critical upgrades per area are then prioritised for funding.

“While the master plan may identify critical projects per area, other areas where existing stormwater problems persist will take priority, especially those where houses have been flooded in the past and urgent remedial work must be undertaken,” said Mr Daniels.

“We are pleased by the progress on the first four sites, especially since they had been approved a year ago in February 2020 but were halted in their tracks by the Covid-19 lockdown. Project roll-out was revised and construction finally restarted in December 2020. Completion is expected by 30 June 2021.”

Large diameter pipes, up to 1m diameter, are being installed in places and residents are advised to avoid the construction areas where possible.  As construction is taking place in the road reserves this will impact on vehicular and pedestrian traffic. George Municipality apologises for any inconvenience and appeals to road users and residents to be patient, exercise caution near roadworks and adhere to traffic and construction signage.

The municipality continues to develop plans per area and setting out projects. Implementation is subject to the availability of capital funding on the annual budget. The municipality continues to pursue alternative funding and applies for MIG-funding where applicable. “We are confident that more of these upgrades will follow in the next few financial years, which will ultimately mean better overall stormwater systems of the entire municipal area,” said Mr Daniels.

Caption: The Thembalethu Zone 9 Stormwater project is one of four currently underway. 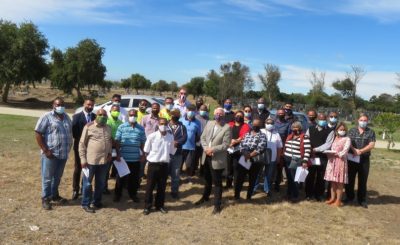 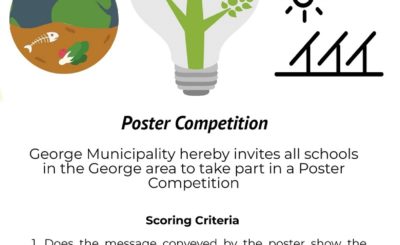 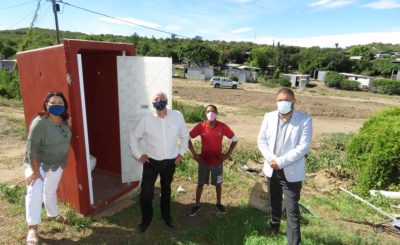