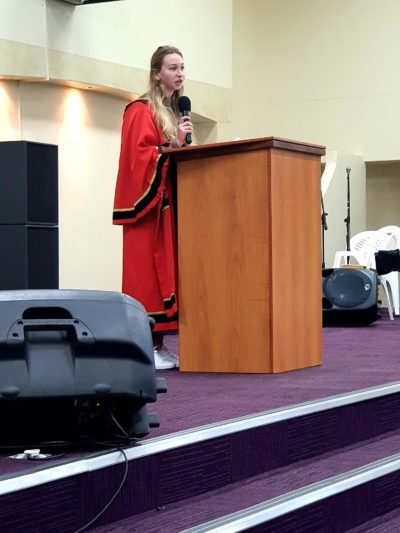 The conference was broadcast by Ryco TV from the George Community Church on social media. Inilé made reference to her peers saying high school years are about studying hard, preparing for tertiary studies or other ventures, and having social interactions but their generation has been robbed of this due to this pandemic, called Covid-19. Instead of carefree teenage years, their generation is under lockdown and in isolation. She said in her motivational speech, although the world may never be the same as before, “our old normal of the rat race robbed us of time and gave us the responsibility that overwhelmed us. She said the earth suffered because of human being’s actions and the more we had, the more stuff and better stuff we wanted.”

Inilé said, rather than focusing on what we have lost, we must look at what we have gained. She urged people to do introspection and think about the valuable lessons of adaption and survival we have had to learn during this period. She urged South Africans to celebrate our frontline workers, caregivers, and community leaders that persisted and still do their work diligently during this crisis. The JCC was due to attend a youth council that was canceled due to Covid-19 and instead used the money to buy food, books, and blankets and donated it to the Love George Organisation. “We’ve decided to give instead of receiving. If we have nothing left, we have faith. Let’s look in our own hearts and let us see how much we have gained when we give more than we receive,” Inilé said.

Ryco TV had speakers from across the Garden Route including Cllr Charlotte Clarke, Executive Deputy Mayor of George and Cllr Liz Stroebel, who has been the Mayoral Custodian of the JCC for the past 4 years. Clarke motivated the youth by saying challenges such as the crisis we are in, pushes one to think out of the box and nothing worthwhile is usually achievable in one go. 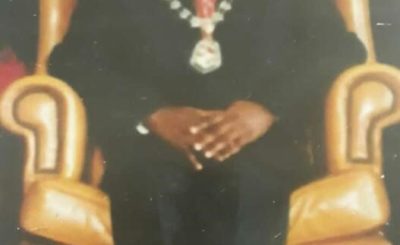