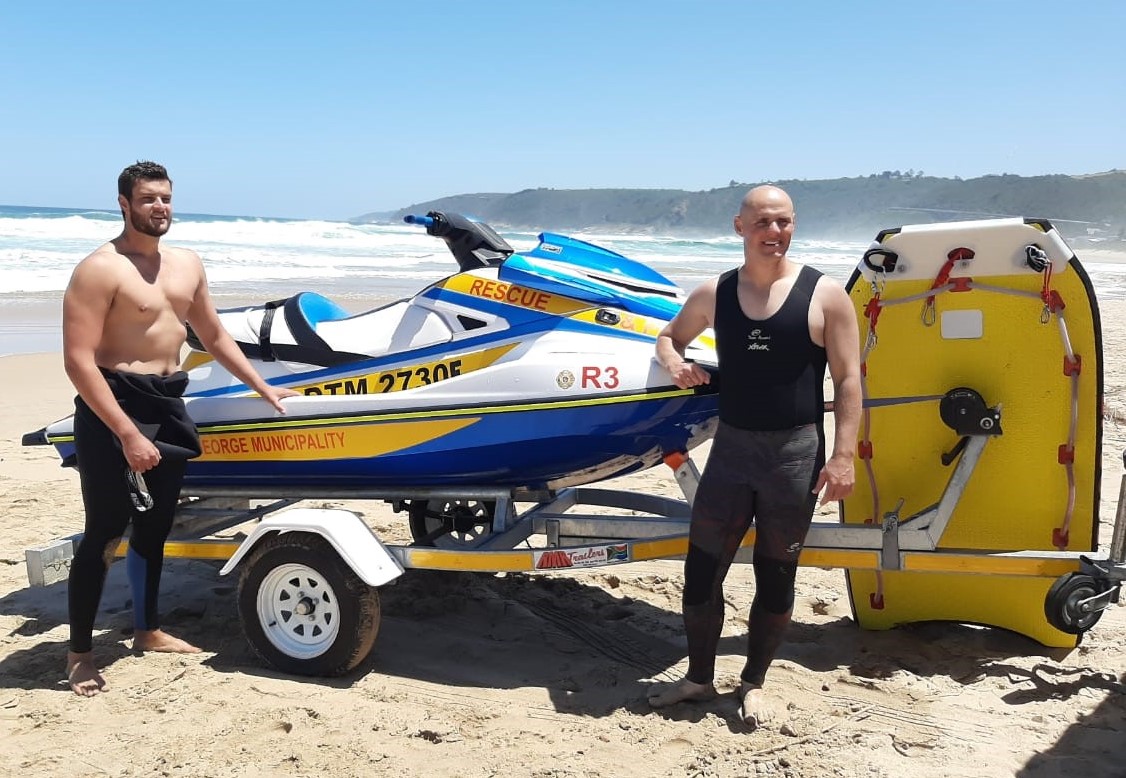 George Fire and Rescue has recently added a specially modified rescue jetski to its fleet to complement its water rescue capabilities. 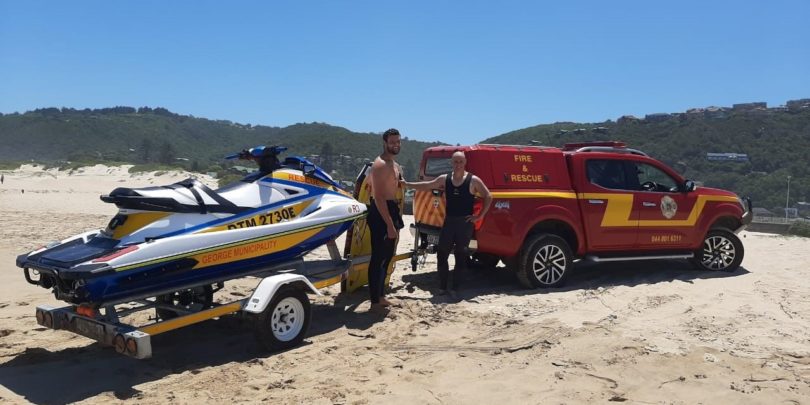 George Fire Chief Neels Barnard said the watercraft had been modified to withstand breaking wave conditions and was fitted with a rescue sled. “The 1800cc two-man jetski can get to a drowning person much quicker than rubber dinghies or boats that must be launched, and can manoeuvre around rocky areas where swimming rescuers may not be able to access without endangering themselves.”

The craft is designed to hold two rescuers: one to operate the jetski and support the rescue from the craft while the other jumps into the water and transfer the drowning person onto the sled. The rescue sled can be strapped to the jetski and the rescuer can continue to help the patient from the back of the craft.

The jetski will be stationed at the busiest beaches this holiday season and will service all six of the municipalities’ beaches and lagoons as is necessary.

Rescue personnel have been specially trained to manoeuvre and use the powerful machine.