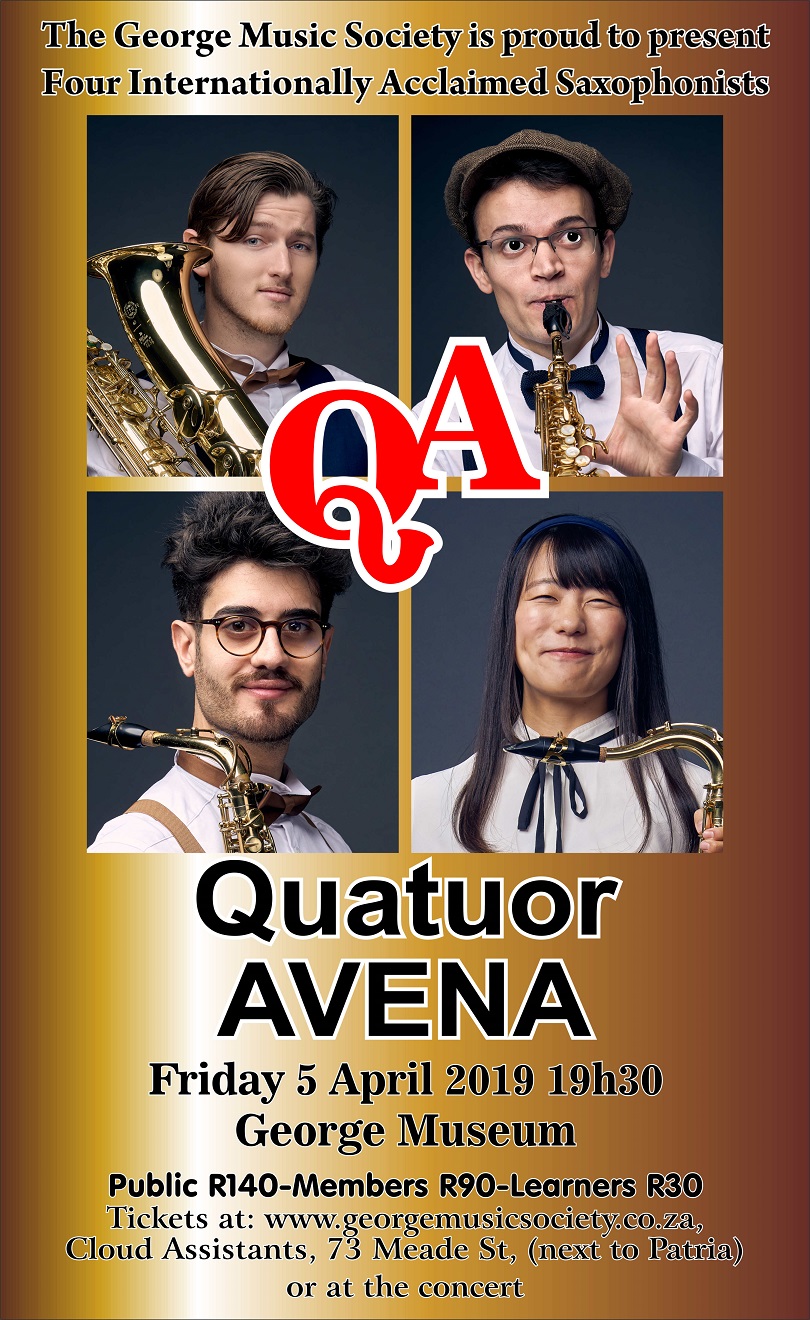 Tickets for this concert can be pre-booked online for R140, members R90 and learners R30 at www.georgemusicsociety.co.za , purchased at Cloud Assistants, 73 Meade St, next to Patria Church or at the concert.

This group was formed in 2016 when four musicians from different countries met at ‘Haute Ecole des Arts du Rhin’ in Strasbourg. The group consists of Nicolas Allard from France, Fabio Cesare from Italy, Sumika Tsujimoto from Japan and Adam Campbell from South Africa.

They have performed at various venues around France, Croatia, Italy and Japan and are the recipients of many international music awards. They have performed for many radio stations, the most memorable highlight being a performance on France Musique.