A George Tourism members’ holiday season survey has described the 2017/18 holiday period as busy but quieter than the 2016/17 season and attributed the June fires, water crisis and a tight economy as contributory factors for the drop in numbers. 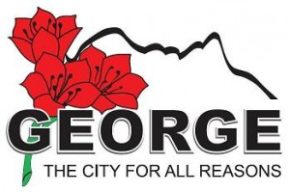 Those who described their season as ‘busy’, pointed to factors including affordable rates and longer school holidays for their good figures.

George Tourism manager Joan Shaw said the survey was sent to members which included local accommodation establishments, tourist attractions, and eateries. “The region and province had a different set of factors to deal with in the run-up to the 2017/18 holiday season, such as the fires and the water crisis, which impacted local tourism differently than it would other years. For instance, to people from Cape Town, the Garden Route water situation may not have seemed so dire in George or Mossel Bay, while people from other regions may have considered it a reason not to visit. The June 2017 fires destroyed or affected several accommodation establishments, restaurants, and tourist attractions, which may have created a perception that it could impact on the holiday experience. Taking this and economic factors into consideration, we are even happier with the overall turnout,” said Ms. Shaw.

Those who regarded it a quieter season said contributory factors included the June fires, water crisis, and high fuel prices as well as shorter holidays taken due to a tighter economy. Those who thought the season busy pointed to factors including keeping their rates affordable and a longer season because started later than in 2017.