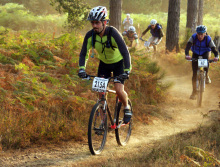 The opening of an international mountain biking club on 12 December is promising to be a tremendous boost for the local sport scene.

Afrika Bike is holding its official launch the evening at Le Grand Estate and Sport Centre outside Pacaltsdorp, bringing a complete offering of track combinations to George that are hoped to draw major cycling events and MTB tourists to the area.

Only three of several tracks will be launched tomorrow, but once the development is complete, there will be riding facilities for cyclists at every level, from beginners to professional riders.

“Afrika Bike is the first of its kind in the world with its own home club, sport shop and restaurant,” says Le Grand General Manager Johan van der Merwe.

Local cycling veterans Juan Botes, Fred Lingenfelder and Pan van Tonder are partners in the venture and have been part of designing the tracks.

Tracks will eventually include a beginner/family, intermediate, more advanced and a downhill track that is on an international standard. There will also be challenging cross country and enduro tracks as well as a long trail through the forest.

“We will eventually be able to interlink all the different tracks to create a number of different combinations to be chosen from,” says Van der Merwe.

A BMX track and pump track are also in the pipeline and a cycle shop with a workshop is being planned.

“Afrika Bike is offering a safe environment for cyclists and families to come and enjoy their sport,” says Van der Merwe.

Membership and family packages are available to the club which will be affiliated to Eden Cycling Association and CSA.

Cyclists are invited to get a foretaste of the tracks on 13 and 14 December when free rides are offered for all. 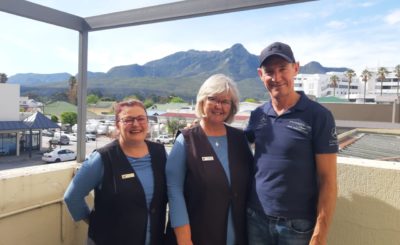 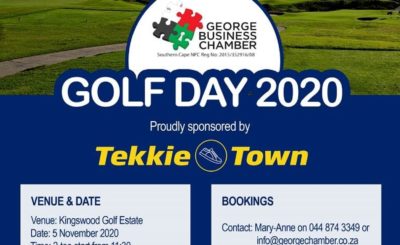