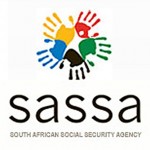 GEORGE -15 alleged money lenders have been arrested in the Southern Cape in connection with fraud, involving the South African Social Security Agency (Sassa).

Six of them were apprehended during a special blitz in George on Friday, where 320 Sassa cards and R19,000 in cash was found.

Meanwhile nine other people were arrested in a separate operation in Oudtshoorn, where the police confiscated more than 400 Sassa grant cards, 85 ID books and 42 bank cards.

Sassa’s Renay Ogle says another person was arrested shortly after.

“I was informed by crime intelligence that they have arrested a further individual and this individual was found to be in possession of 40 Sassa beneficiary social grant cards and 60,000 rand in cash.”

Meanwhile Sassa has said that it was pleased with the re-registration process of grant beneficiaries.

More than four million South Africans who receive a monthly grant have added their fingerprints and photographs to a new national payment data base.

A further five million are expected re-register and Sassa CEO Virginia Petersen believes people are heeding calls to register their details as soon as possible.

“Sassa is thankful that our beneficiaries have come out in their numbers to re-register.”

The re-registration process is aimed at rooting out corruption in the social grant system and will assist the holder of the Sassa branded card with a few benefits.

These would include being able to use the card anywhere in the country, the right amount going to the right account, biometric-based payment to avoid corruption and beneficiaries being enrolled in close proximity of where they live.