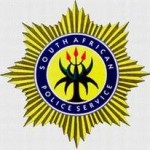 Simoxolile Linoga was last seen playing with his friends near his Thembalethu home in George on 27 November 2012.

CAPE TOWN- Police have confirmed that a case of kidnapping was opened at a George police station, after a 3-year-old boy went missing.

Simoxolile Linoga was last seen playing with his friends near his Thembalethu home in Zone 5 on Thursday, but then left with an unknown man.

He was wearing a blue t-shirt, black pants and blue tekkies at the time of his disappearance.

Police have drawn up an identikit of the man.

Police spokesperson Bernadine Steyn said a search party for the boy was still in pursuit of the boy him and that pamphlets with his picture on were being distributed by police and community members.