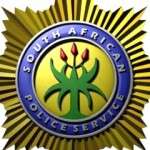 Johannesburg- A 29-year-old man is being questioned about the murder of a woman on her farm in Great Brak over the weekend,Western Cape police said on Monday.

The man was taken in by police late on Sunday night.

The woman, 65-year-old Ria Mills, was found murdered on her farm in Great Brak, near Mosselbay, on Saturday night.

Police found her body while responding to a call from friends she was supposed to meet for dinner.

Police arrived at her farm, Potsteel-Hoogte in Hamelkop, shortly before20:00.

“The body of the deceased was found in the lounge with a gunshot wound to the neck. Police also confiscated a .38-Special revolver that was found on the scene,” Pojie said.

The gun was to be sent for ballistic tests to determine its involvement in the murder.

Pojie said Mills’s iPad, laptop and her handbag were stolen.

He said preliminary investigations showed that the killers fled in Mills’s Chevrolet utility bakkie, which was recovered on a footpath near the Wolwedans Dam on Sunday morning.