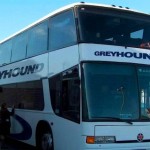 With the Easter weekend just around the corner; traffic authorities around the country are on high alert to prevent road accidents.

Provincial traffic officials pulled over the coaches in Beaufort West and George.

The buses belong to Greyhound and SA Roadlink.

Traffic chief Kenny Africa said until their problems are rectified, the buses will not be allowed to transport passengers.

“Some of the tyres of those vehicles were smooth and one steer wheel was also smooth. We took the buses off the road and we’d like to warn luxury coach owners and drivers that we will not tolerate any unroadworthy vehicles.”

In a separate incident, 40 people were injured in a bus accident in Pretoria earlier.

The Easter weekend is usually overshadowed by many roads deaths in the country.

Most of the accidents were caused by reckless driving, fatigue and drinking and driving.

The Transport Ministry has stepped up its efforts to curb road deaths.