Greetings from Sandra and Jenny

It is a sad newsletter this week as we have to say goodbye to Collin. He will be joining SAB on the 1st of March 2011. It has been a privilege to work with Collin and we all wish him everything of the best for the future. Collin will be on duty until Friday evening, so do feel free to pop around for a drink this week to say farewell.

It is already time for the 2011 Sanlam Cancer Challenge. The ladies event is being held on Tuesday 8th March and the gentlemen on Saturday 19th March. Normal green fees apply, plus an additional R60p.p. which is donated directly to Sanlam Cancer. The competition format for both events is Individual Stableford, with an A, B and C Division. Raffle tickets will also be available for sale in the foyer.

Congratulations to:
• JB Fletcher on winning the Men’s C Division Club Champs with 35 points on the 19th of February
• Iliska Verwey who won the Eastern Cape Match Play Championship last week. Ilska is the Southern Cape squad and will be participating in the Southern Cape tournaments.
• Philip Upton for his Monster drive at Simola earlier this month. Paul Sumner, fellow member and witness to the event comments… 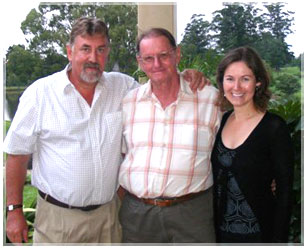 Whilst playing in a Sponsored Corporate Day at Simola, Philip Upton one of our George Club members hit an amazing drive which we nicknamed the Monster.

However, the reason for calling it a Monster drive was due to the fact that the ball actually ended up 40 meters behind him! This happened on the 12th a Par 5, which doglegs to the left.

Philip pushed his tee shot out to the right by approximately 230 meters. It landed on a slope next to the pathway. This was just the beginning of the journey for the ball, which then proceeded to roll back onto the path – where for a moment, it appeared to be at rest, not for long though! Suddenly it began its long roll backwards, slowly at first… And it appeared it would stop at the first bend, but no such luck! It then gained momentum, and finally came to rest after an epic 270 meters downhill to about 40 meters behind the tee!

Fortunately we were playing Stableford, so he did not have to record a double figure score for the hole. Well done Philip! 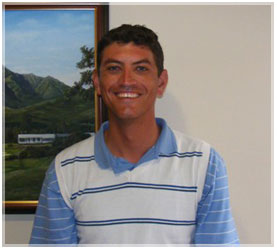 The newly appointed Director of Golf for the Southern Cape, Louis Fourie, hails from Oudtshoorn. An avid golfer, he was crowned Southern Cape schools champion in 2001. After finishing school he attended the Tygerberg Golf Academy for a short while, but traded that campus for the one at NWU in Potchefstroom where he completed his B.Comm (Hon) in Management Accounting.

During that period he represented the university in golf and was the golf coordinator for the University. He also captained the team for 2 years. After completing his studies he held the position of accountant including that of Complex Accountant at Sun City. He thoroughly enjoyed the benefit of playing golf on the 2 magnificent courses at the resort and especially having the opportunity to work at the Nedbank Golf Challenge.

Now, combining his passion for golf and working experience, he looks forward to a challenging position in the administration of golf. Building on the present effective system in the Southern Cape, one of his main goals is to make the SCGU a body that every golfer in the Southern Cape can be proud of and want to be associated with. He also wants to strengthen the ties between golfers, local business and the community in order to make the Southern Cape the most popular golfing destination in South Africa.

Enjoy the read,
Sandra and Jenny 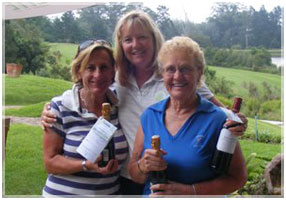 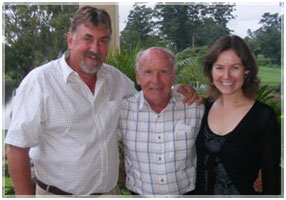 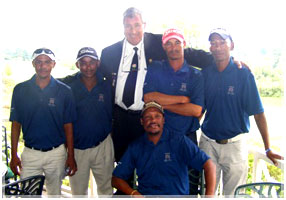 The George GC caddies win the first round of the caddy league on Monday. 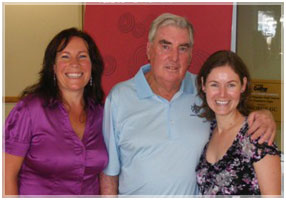 John Bland can’t resist a photo with two of the ladies of the George GC! ‘Even though I only live 5 minutes away, I don’t know why I only play George GC so rarely, as I always thoroughly enjoy the experience! For me, it is the hidden gem of the Garden Route golf courses! Sandra & Jenny: thank you for your hospitality and I hope to return soon!’ says John 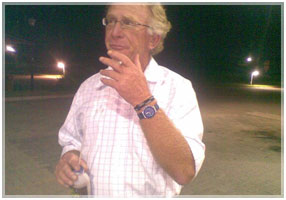 Gordon Winson clutches a cigarette and a Steri Stumpie after a big win over Heidelberg in last year’s league.