At 18h21, Monday, 01 April, NSRI Plettenberg Bay duty crew were activated following reports from Leah Berman, from Cape Town, on holiday with her family at their house at Robberg Beach reporting a young male, their family friend, caught in a rip current at Board Number 27 – Robberg Beach – between Robberg 5 and the Beacon Island hotel.

The sea rescue craft Rescue Free Runner and a Side by Side was launched and our rescue vehicle responded.

On arrival on the scene the Johannesburg 15 year old male had been rescued by local Good Samaritan Brian Bailey using an NSRI Pink Rescue Buoy.

The teenager, Samora Tembe, 15, of Johannesburg, family friend’s of the Berman’s from Cape Town, was not injured and he required no further assistance.

NSRI medics checked on Samora and he was fine and in good spirits.

While swimming Samora got into trouble in the surf, he was caught in a rip current, Leah raised the alarm calling NSRI on her cellphone.

Samora was caught in the current and trying to swim against the current.
We later determined, although he is a strong swimmer he was unaware of the rip current and not aware to swim across the beach to free himself from the current. A life lesson he learnt today admitted the teenager with a broad smile.

Leah saw a male jogger on the beach, local Brian Bailey, she was wading in shallow water and requested the assistance of the jogger pointing out Samora struggling in the surf, her brother Zack ran to fetch the pink buoy off the board while Brian stripped off his jogging gear and with the Pink buoy in his hand he launched into the surf and while wading through the surf towards the teenager he shouted at him to move sideways to free himself from the rip but the teenager still made no progress but then he popped onto the sand bank and was finally safe and Brian waded with the teenager to shore to safety.

NSRI commend the efforts of these Good Samaritans involved, the Berman’s of Cape Town and Brian Bailey.
NSRI are delighted that this is now our 32nd successful rescue from the Pink rescue buoy program.

Requested by Ross Badenhorst, deputy station commander of NSRI Plettenberg Bay, to recount his story, these are Good Samaritan Brian Bailey’s own words…

Hi Ross. No problem. I was on a run and about to finish – that’s my exit from the beach, Robberg 5.
I noticed a girl wading in the shallows in the rip (Leah Berman), and on her indication then realised that there was a swimmer at the 3rd wave set but in the middle of the rip.
I stopped running and watched him. He was reasonably comfortable but swimming directly back to the beach, against the rip.
I waved to him and motioned he should swim to the left- which he did. He then started tiring and losing ground to the rip.
I asked the kid (Zack Berman) to run and get the pink buoy for me and stripped down to enter the water. I also asked the bystanders to call NSRI.
At this stage the swimmer was trying to swim back stroke and clearly exhausted so I knew I had to go in.
Armed with the pink buoy I waved to him to go right and ran in along the sand bank adjacent to the rip. He started moving towards the rendezvous point and I was about belly button deep when he popped onto the sandbank 15 meters to my left.
We waded back together and I asked him how he was, he was tired but happy.
I commended him on moving sideways out the rip ascertained that he was ok and hadn’t taken on too much water.
Saul Berman (Zack and Leah’s father) came down from the house and thanked me.
I took the buoy back to the sign board and reattached it in its place and then went to the waters edge to clean up, put my shoes on and I continued on my run.
That’s when I noticed you guys coming along the beach. Without the Pink buoy I admit I wouldn’t have had the courage to go in.
It’s an amazing aid and you should be proud for supplying them, said Brian. 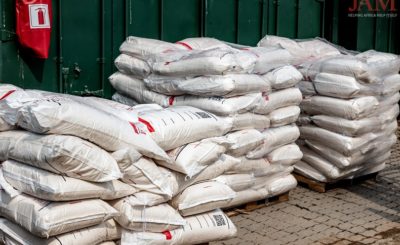 Plett Tourism is leading the efforts to combat hunger 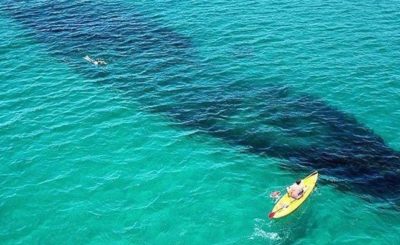 Photos – 10 photos to have you dreaming of Plett 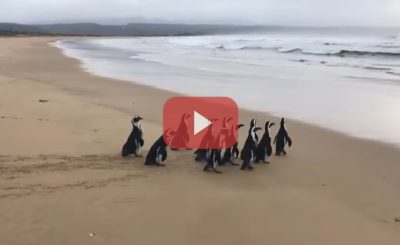 Wildlife – Flight of the penguins