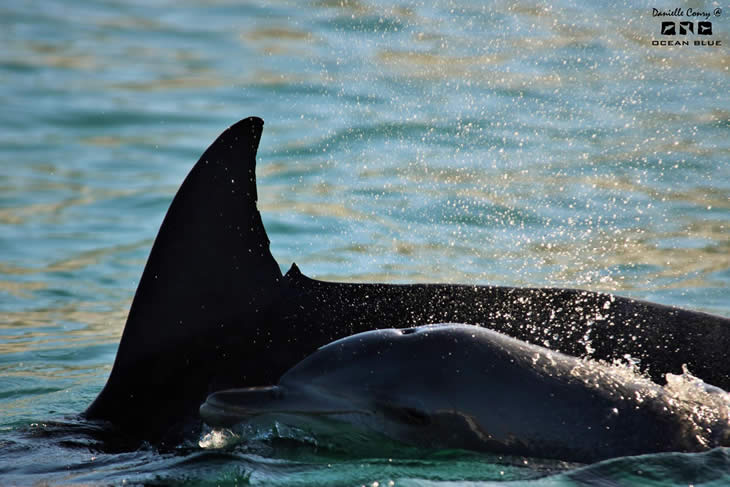 Researchers and volunteers from ORCA Foundation continue their survey of our resident (and endangered) Indian Ocean Humpback Dolphins in Plettenberg Bay.

The foundation conducts monthly surveys of the population.  On their first three days at sea this month, they saw no humpback dolphins, but did manage to spot: a duck-billed ray, some great white sharks, a thresher shark breach, humpback whales, southern right whales and loads of bottlenose dolphins.

On their last day, the researchers found a nice big group of dolphins, split into two subgroups, along Keurbooms beach. They were socialising and slowly making their way eastwards. Among them was their favourite gal, MICHELLE, sporting her deeply notched dorsal fin (seen below). So far, she has been seen on every monthly survey! This project is run in collaboration with Nelson Mandela University and the data will be used to better understand and conserve the species.