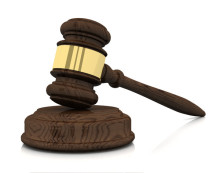 UITENHAGE: Friday, 26 June 2015 – Earlier this month – Sunday, 14 June 2015, at about 12:00, a 47-year-old woman was jogging in the Tsitsikamma area, Storms River, when she was approached by two
unknown men who overpowered and raped her. Swift reaction by members from SAPS Storms River led to the arrest of the two suspects within hours  after the rape was reported.

Both the accused were sentenced today, Friday, 26 June 2015 in the Storms River Magistrate’s Court to life imprisonment.

The Humansdorp Cluster Commander, Brigadier Neil Jantjies applauded the SAPS members for the sterling work done and said: “This is the result of the hard work and commitment of dedicated investigation officers within specialized units. I also welcome this sentence, because the combating of crimes against women and children is a priority of the SAPS and such sentences will help deter people from committing such crimes”.