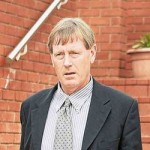 BUSINESSMAN Dave King and several companies associated with him have quietly reached a confidential settlement with the South African Revenue Service (SARS) that saw two provisional preservation orders being made final on Thursday — in spite of his vowing to fight to prevent just that.

The preservation orders, made final by the North Gauteng High Court on Tuesday, will see several South African assets belonging to Mr King and the companies that are associated with him sold, including Metlika Trading, Talacar Holdings, Gaius Atticus and Ben Nevis.

Mr King will be allowed to continue living in his Sandhurst property in Johannesburg until January 7 next year. The property will then be transferred to Sechaba Trust director Cloete Murray, who was appointed as curator in the first preservation order.

He had been back and forth to court since SARS was granted the initial order in November.

The proceeds of the sale of assets preserved by the orders will be paid to SARS to offset the tax debt that has been outstanding for more than a decade. The assets include the Sandhurst home, properties in Plettenberg Bay, a Fancourt property and vehicles.

Mr King has also been ordered to resign as a director of Talacar and Gaius Atticus. He and Talacar were ordered to sign all necessary documents to register the 49% shareholding, previously held in the Gary Player Stud Farm by Talacar, in Mr Murray’s name.

SARS obtained a second preservation order last month for all the South African assets held by Mr King and his wife and children to prevent the dissipation of assets, after it became known at the end of last year that a shareholding in Talacar had been transferred to Mr King’s family in conflict with a court order already obtained by SARS in 2010.