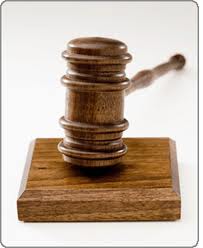 Two teenagers convicted of robbery and murder have been jailed for 18 and 25 years by thePlettenberg Bay Regional Court, police said on Friday.

“Athenkosi Makazu was sentenced to 18 years imprisonment for murder and 10 years for house robbery with aggravating circumstances and housebreaking and theft,” said Captain Bernadine Steyn.

Sibongile Ndzelani was sentenced to 25 years imprisonment for murder and 15 years for the other crimes.

The men, aged 18 and 19, will serve their sentences concurrently.

They were sentenced on Thursday for a murder and robbery they committed inPlettenbergBayin November last year.

In the early hours of the morning on November 2, 2010, they broke into the home of Richard Carr and his wife inNavesink Crescent.

When police arrived on the scene, they found Carr, aged 57, dead in the bedroom of the house, having been stabbed several times in his body.

His wife, aged 42, was taken to hospital after being found with a stab wound in her right arm and several face injuries.

Makazu and Ndzelani were arrested two days later and were found in possession of a headlamp, wallet, haircutting machine, cellular phone, and simcard taken from the house. – Sapa