At 18h55 on Tuesday – 14 June NSRI Plettenberg Bay volunteers were called out to help two British tourists who had lost their way after wandering off the hiking trail at the Robberg Nature Reserve. 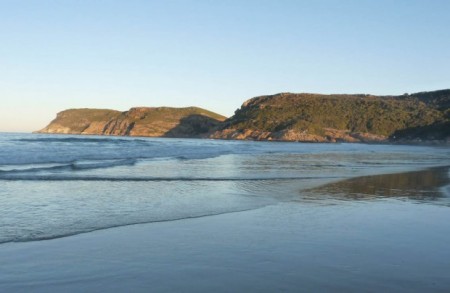 Margaret Pilling, 65, and Jean Scurrah, 59, both from Yorkshire in the United Kingdom are on a holiday and touring South Africa together. They had decided to go for a walk on the Robberg Nature Reserve Hiking Trail and during the walk they wandered off the path. At sunset they decided to call for help.

The SA Police Service, NSRI Plettenberg Bay volunteers, a Metro EMS rescue team and Medlife Ambulance Service all responded and both ladies were found safe at around 20h50 at a hut at Point 14 on the Robberg Nature Reserve hiking trail.

They expressed sincere thanks to the rescue team.

They have both been commended for calling for help rather than trying to negotiate the unfamiliar hiking trail alone in the dark.