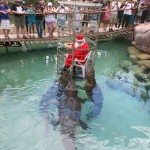 In keeping with the Christmas spirit Santa popped in to Cango Wildlife Ranch in Oudtshoorn, South Africa on Christmas Day to have lunch with Ma Baker, Sweet Sue and Hanibal, three enormous Nile Crocodiles that frequent Snapper Gorge in the Valley of Ancients.

Management at the Ranch insisted that Santa took the necessary safety precaution by dining within the specially designed cage used by the thousands of tourists that visit this facility every year.

Santa requested a Traditional Christmas lunch and had specified that the Turkeys were not to be spiced and that they be presented un-cooked, plucked and warmed to body temperature just the way the crocs would like it.

On entering the cage Santa started to get the jitters so staff quickly responded by providing him with a medicinal tot of sherry to calm his nerves.  He took his place at in the cage at a table specifically made to cater for his Christmas wish.

To the sound of many a “Ho Ho Ho”, Santa was lifted up in the cage by a modified crane and dangled over the water above the hungry apex predators.  As if they were old friends Santa called them by name inviting them over to partake in the meal he had arranged.

As cold-blooded animals the crocodiles were well warmed up in the heat of the day and wasted no time in responding to the invite.  Using a clever that Santa had brought along to portion the meal fairly he hacked the turkeys up into bite size pieces and poked them through the gaps in the cage and into the waiting jaws of death.

Taking a break every now and then Santa got stuck into his own meal that the Ranch staff had prepared for him while visitors watched on in total fascination!

As the heat of the day starting getting to the portly old fellow, he donned his diving mask and snorkel and requested to be lowered into the water to cool off and admire the monsters under the surface of the water.

Once cooled off and satisfied he was lifted out of the water so he could move on to his next Christmas appointment.

no images were found 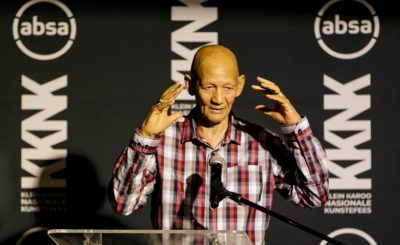 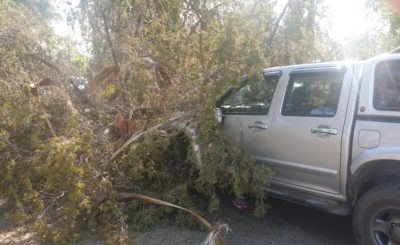 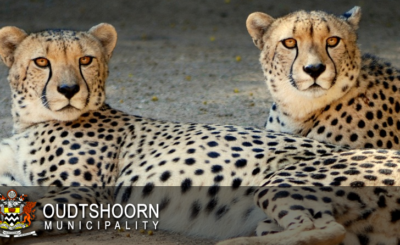