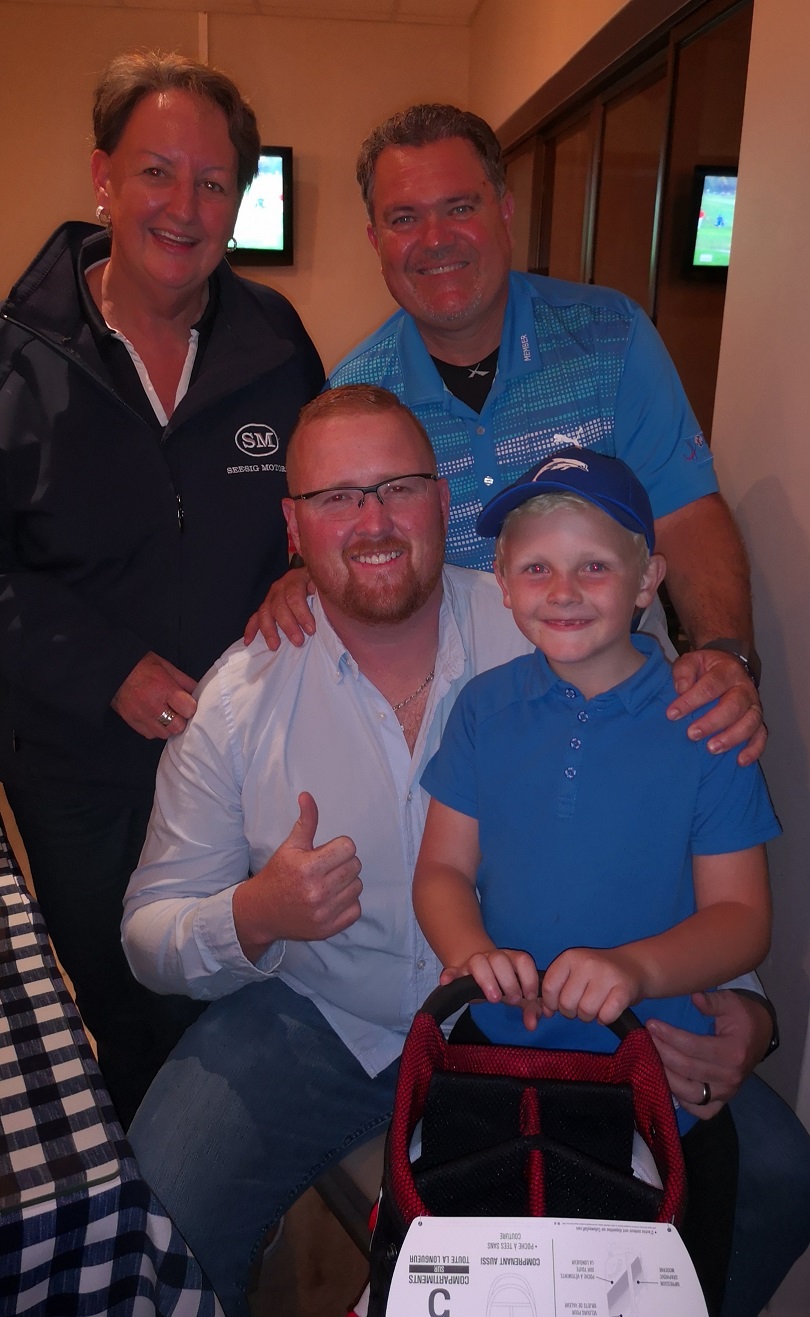 The totally unselfish gesture of a golf player on Friday at the Hartenbos Primary School golf day at Mossel Bay Golf Club has left a 7-year-old golfer leaping for joy and gasping in disbelieve of this fantastic gesture.

John-Henry Botha, a Grade 1 pupil, was one of four finalists in a Putt-Putt competition run by Rauch Gertenbauch law firm and Seesig Motors in Mossel Bay. It is the third consecutive year that these two companies run the competition to collect extra funds for the school.

The other three finalists in the run for the prize of a golf bag to the value of more than R2 000 were Stephan van Vuuren (Toyota), Anezel Zylstra (Seesig Motors) and Tyron van Vuuren (Friends Pub).

The school’s new principal, Werner van Huyssteen, handled the draw. Thumbs were held that the youngster would be the winner, but alas, the name drawn belonged to Tyron.

The disappointment was clearly visible on the youngsters face. However, the disappointment turned into joy when Tyron collected his prize and then walked over to John-Henry and gave him the bag.

The other players and supporters were totally overwhelmed. John-Henry jumped up and ran to Tyron to thank him.

It just goes to show that if you really want something, you must believe that you will get it. This act of kindness will linger on for long and will definitely not be easily forgotten by those present at this joyful occasion.