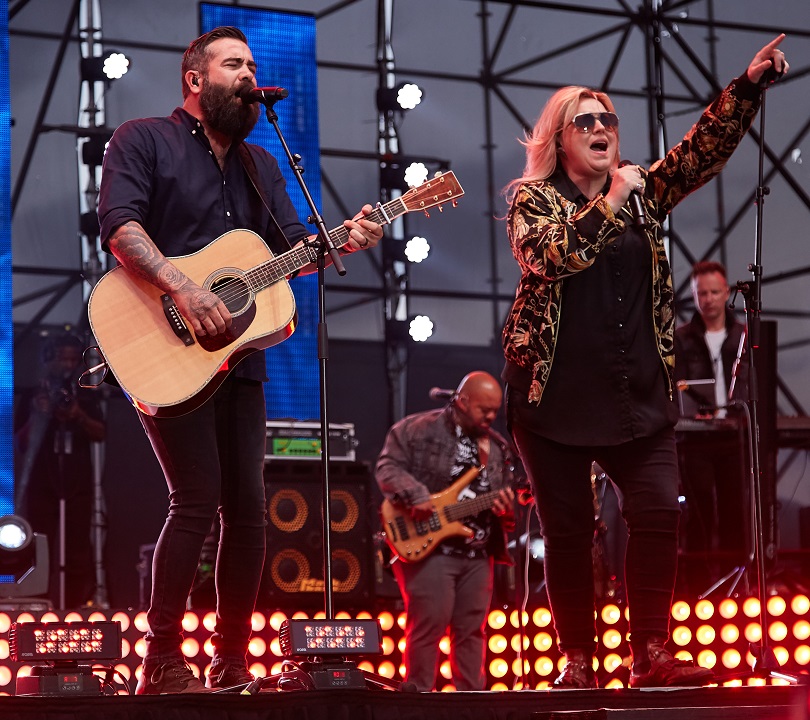 After another very successful December of sold out IN AFRIKAANS concerts in Hartenbos during 2018, it comes as no surprise that the first two dates for this year’s concerts have already been secured.

Holidaymakers planning a Christmas Holiday on the Garden Route can look forward to the best music and entertainment on one stage for the third consecutive year, and can now book their places in advance to avoid disappointment!

“The purpose of the concert is to bring families together through music. To touch people’s hearts by giving them hope for the New Year ahead,” explains Jacomien de Villiers, managing director of In Afrikaans. “Because the first year’s gala concert evening sold out very quickly, we decided to have two concerts last year. This year we will be doing the same. We are already looking at adding more dates before Christmas. ”

Tickets for the shows on 27 and 28 December 2019 at the ATKV Amphitheatre Hartenbos are now available for those who want to pre-book and make use of the special early bird offer at www.itickets.co.za. Children under six enter for free and there are a variety of adult access options available, ranging from R170 (general early booking) to R260 (golden circle). Gates will open at 16h00 and concerts will start promptly at 19h30.

This year’s concert series follows in the footsteps of two successful predecessors, which were attended by more than 30,000 festivalgoers. It once again promises to offer something for every music taste and preference, from dance music to more serious acoustic sets. Some of the country’s biggest artists, including Jo Black, Robbie Wessels, Spoegwolf, Karen Zoid, Early B, Refentse, Appel, Leah, Kurt Darren, Elandré, Francois van Coke, Jan Bloukaas, Danny Smoke and many more can be expected at these shows and will be accompanied by a live band.

“We have invited artists that are at the top of their game and they will also be doing some amazing collaborations with one another. There will definitely be something to enjoy for all ages,” says Jacomien.

Aside from the music, there will also be several food and drink stalls, other exhibitors and entertainment for the kids to ensure that no one feels left out. Festivalgoers can also look forward to a few exclusive surprises and announcements during the festivities.

“It is not a musical extravaganza and although there is a visual component, it is more about the hits that the public want to hear. People gather in Hartenbos, in good spirit, from all over the country. There are also spectators who cannot always attend big concerts in the cities and therefore it’s a great opportunity for them, which adds to the very special atmosphere,” she adds.

The concept of this concert series started out as dream that Inhoud Huis Musiek’s Johan Vorster and Jacomien de Villiers and the In Afrikaans team had to arrange a high-quality concert, which like the CMA’s is about the strength of the song and how it touches people’s hearts, and has evolved into an overnight success because of its ability to effectively capture the culture and hearts of Afrikaners.

The IN AFRIKAANS HARTENBOS concert series is ideal for each festivalgoer that enjoys good music in their mother tongue, as well as having a good time. It is the perfect end to a long and challenging year. More information will be made available on social media.