Luke Goliath (from Hillcrest Secondary School) and Chuma Magusha (Point High School) attended the 17th Conference of the Parties to the United Nations Framework Convention on Climate Change (COP 17) as part of a delegation arranged by the Eden District Municipality that included learners from George, Hessequa, Oudtshoorn, Kannaland, Knysna, and Bitou.

Each town was represented by two delegates, and the team was lead by theDistrictMunicipality’s deputy executive mayor, Lionel Esau, and accompanied by the Municipality’s speaker, Doris Naylor, and its environmental control officer, Vernon Gibbs-Hall.

“Our representatives excelled in their presentations inDurban, where delegates were in awe of their truly professional approach to climate change issues, and innovative ways of addressing them,” said Mr. Gibbs-Hall.

“The group have done themselves, their municipalities, their schools, and theEdenDistrictMunicipalityvery proud. They embraced this once in a lifetime opportunity to the fullest extent – continuously engaging with stallholders, learning about new and exciting ways of cutting global emissions, and pledging to turn this learning into action upon their return.”

“It was amazing being nominated to representMosselBayinDurban, and to speak at COP17,” said Luke. “It was a real honour for me to be there, and I spoke from my heart.

“It was also an honour to see all the environmental partnerships and how they are caring for our country. It made me care to spread the word amongst the people ofMosselBay, and my school, family and friends.

“Our world is coming to an end and we need to make changes before it’s too late,” he said.

On the excitement of speaking to President Zuma, he said, “It was great to meet him. He wanted to come and listen to our talk, but he couldn’t make it and sent a representative instead.

“But he did say that he wants to meet us again, and that he’ll arrange that with theEdenDistrictMunicipality.”

Chuma was equally up-beat about his experience.

“It meant a lot to me, and I learned a lot more about sustainable development inMosselBay- information that I can pass on to my friends and peers,” he said.

“I really enjoyed the experience, and I’m taking geography and science in school – so that one day I can follow a career in one of the environmental sciences.”

Before their departure, Luke and Chuma spent many hours practicing their 20-minute presentation on adaptation and mitigation of climate change in theMosselBayarea, and greening initiatives at their respective schools.

They said that this practice (much of which took place in front of live audiences at the Waves Surf Shop’s in-house auditorium) gave them the edge.

Asked whether theirs was the best speach of the day, Luke said: “We were definitely good to go.”

Although their parents and friends were unable to accompany them on the trip to Durban, the MEP’s Beverly Boer set up a live Skype link in the surf shop’s auditorium in Mossel Bay, and about twelve local residents watched and listened from there.

“This is the way to go,” she said. “Getting them involved and up to speed with environmental issues might just change perceptions, making it really cool to be eco- friendly.” 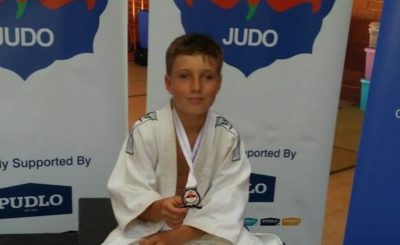 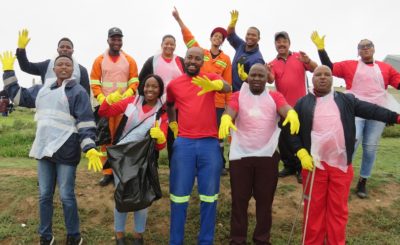 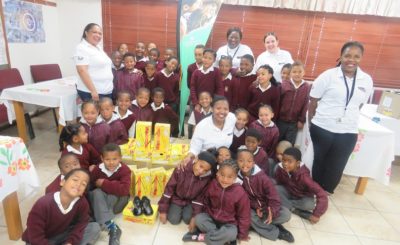