A recent and exceptionally low spring tide near Mossel Bay has revealed a 250 year-old ship’s canon. 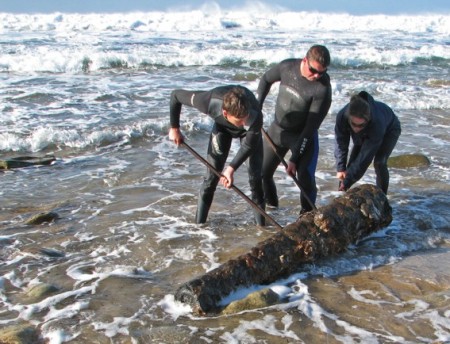 The canon was originally one of 56 aboard the French man o’ war La Fortune, which went down on the 11th of September 1763, and is only the fourth to have been recovered. It was found in the area of the Fransmanshoek Conservancy – which boasts one of the longest beaches in theMossel Bay region.

“The canon was partially exposed for only a few hours in April, and then again earlier this month,” said Conservancy member Fred Orban, who helped with the recovery.

He said that Amanda Human of the Dias Museum Complex inMosselBayhelped with the applications for the necessary permits, and that the canon was lifted from the intertidal zone and taken to a nearby farm where it will be cleaned and cured under the guidance of experts, before going on public display.

“The first two canons were recovered in the 1930s, and the third in 1960 – and it’s interesting to note that the 1960 canon was found by Louis van Rensburg, who’s grandson, also Louis, helped with the recovery of this latest find,” said Mr. Orban.

The other three canons can be seen in thevillageofKanon, and are a feature of the world famous Oyster Catcher Trail, which traverses the Conservancy.

Mossel Bay Tourism’s Marcia Holm said that the story of the wreck is told in the historic stone information hut on the point in the Fransmanshoek Reserve.

“A copper plaque commemorating the event was made with money donated by the French Consulate inCape Townat the urging of the poet Breyten Breytenbach, who has visited the Bay many times and has written a stirring poem about the area,” she said.

Ms. Holm said that the region between Mossel Bay and Gourits Mond is largely untouched, and provides some of the most interesting and unusual experiences of the coastal fynbos of the area. 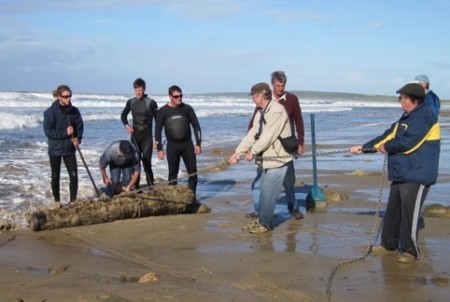 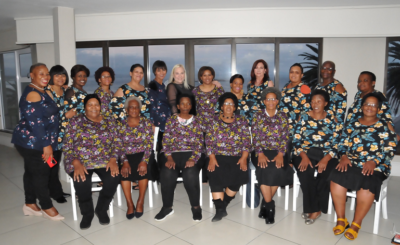 Mamas come together at Clover Mama Afrika Summit 2022 for upskilling 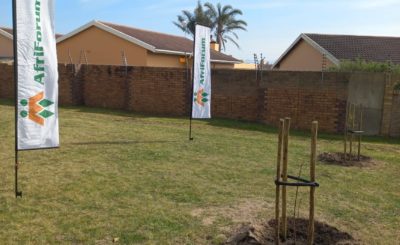 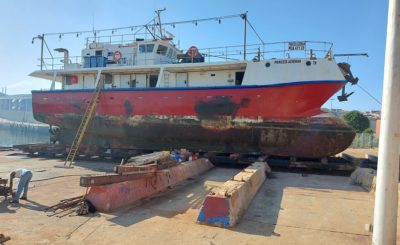