Chris Liddicote lives inQatar, Danie Prinsloo hails from Booysens inGautengand Constantyn van Wyk is based in George. The three men have little more in common than sons who play golf.

Yet, as soon as the Glacier Junior Series calendar for 2011 was published at the end of last year, Liddicote and Prinsloo booked flights toCape Townand Van Wyk booked some time off for a road-trip with his family.

The three fathers shared a common notion: to give their sons the opportunity to tee it up in the tournaments that were held in theWestern Capeduring the June/July holidays.

“I guess some people would think we’re nuts to fly all the way to South Africa so my son can play golf,” said Liddicote, “but my wife Patsy and I are both South Africans.

“We’ve been living inQatarfor 15 years, but we try to come home at least once a year. When Donovan heard about the Glacier Junior Series from his friend Michael Steyn, we shifted things so our holiday would coincide with the tournaments.”

Liddicote hoped the series would further his son’s golfing experience.

“Donovan hopes to turn professional in a year or two and the series offered the kind of exposure he needs if he aims to pursue his dream,” said Liddicote. “Donovan hones his craft at the Doha Golf Club, home to the European Tour’s Commercial BankQatarMasters.

“Unfortunately it’s the only grass championship course inQatar. Donovan is a plus-two handicap, but his experience on different types of golf courses is very limited. The Glacier Junior Series offered him exposure to top courses and competitive experience.”

While Donovan failed to win any of the tournaments, he loved the chance to compete inSouth Africa.

“I was blown away by the high standard of the golfers and the courses,” he said. “It’s a really great series, because it’s truly competitive and the courses are fantastic. The tournaments are run like proper professional ones and the competition was great. I really enjoyed testing myself against the other juniors.”

The 17-year-old also agreed with his father’s motivation to have him compete in the series.

“Back home I can play Doha Golf Club without a yardage book, I know it so well. Here I found it tough to break par when the wind was blowing. The different kinds of courses and the weather really tested me and that was a great experience.”

Prinsloo experienced the benefit of the series the last year. He wanted to give his son Zandre the opportunity to experience more courses outsideGautengthis year.

“His handicap improved dramatically and he gained a lot in confidence,” said Prinsloo. “He is really serious about his golf and the series gives him a great sense of purpose. He has learned to deal with the competitive environment and he has made friends all over the country.

“As soon as the schedule was published, we decided to combine our holiday with the events in theCape. And, because I booked our tickets months in advance I got great rates. I could give him the competitive experience without breaking the bank.”

Van Wyk happened to be at the Louis Oosthuizen tournament inMosselBaylast year.

“I really liked the way it gave all junior golfers a chance to compete,” he said. “My wife and I decided combine our holiday inCape Townwith four of the five the events played in theWestern Cape.

“They are all beginners but the series offers a C-Division which is perfect for them. At home they only play against each other and rarely get a chance to experience the pressure and environment of tournament golf.

“The boys absolutely loved the experience. They all had their favourite things about the tournaments, like having their names announced on the first tee to receiving freebees at registration.

“But I think the cherry on the cake was winning prizes in the C-Division; that just doesn’t happen at home and they loved showing off their prizes.

“And of course, Ben had his first hole-in-one; that was pretty special, too. I guess the fact that they already asked us to book for next year says it all.”

The 2011 Glacier Junior Series comprises 30 one-day regional tournaments around the country and is open to all junior golfers with an official handicap.

The names of all the juniors who competed in the series will go into a draw from which four will be drawn who will win an all-expenses paid trip to the Sanlam Cancer Challenge Final at Sun City. The winner of each regional event will qualify for the national final in October, where the champion will win an all-expenses paid trip to compete in the prestigious Orange Bowl Junior Invitational inFlorida. 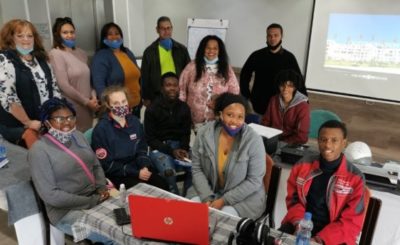