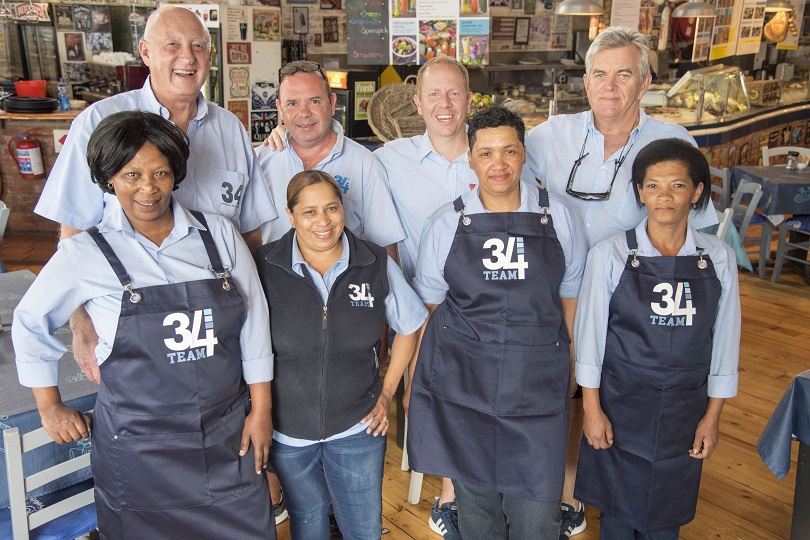 Two iconic waterfront restaurants in Knysna, 34 South and Drydock, turn 21 this month. The restaurants are owned by successful local businessmen Leslie Pieters and Charles van Tonder, who have been partners since early 1997.

The longest running restaurants in Knysna, each has its own flavour and ambience. 34 South has remained true to itself over 21 years serving as a restaurant, a meeting place, a bakery, a deli, a sushi bar, a speciality shop and wine boutique, whilst Drydock, with its new livery, presents an incomparable al fresco dining experience with its terrace menu and spectacular views over the heads, lagoon and yacht basin.

The restaurants form part of Pieters and van Tonder’s Quintet of Cuisines which also includes Tapas & Oysters, Sirocco and The Project Bar.

Leslie Pieters says that the birthday celebrations will take various forms. “Our 21st is a special milestone, and we will firstly celebrate our management and staff, paying special tribute to those who have helped us create this wonderful place and space,” says Pieters. “For patrons, there will be live music at The Waterfront, significant discounts across the board, as well as lucky draws with great prizes such as weekend getaways, whale watching experiences and more. The shops will be festooned with balloons and bunting. We are very excited.“

Looking back over 21 years, Pieters remembers The Waterfront when the restaurants first opened. “Although it was called The Waterfront, there was no water. The harbour and residential canals were behind schedule and were still being excavated. It was a very challenging time for all of us. A number of shops opened and closed within a year or two, the notable exceptions being ourselves and Caffé Mario on the restaurant side, and Beach House on the retail side. There was a Mexican restaurant that became a flea market. Stones nightclub was one of the early tenants. Luckily many locals, who initially were not convinced about the need for a waterfront, soon saw the benefits to the town and it became a huge success. We’ve had many millions of visitors over the past 21 years.”

Pieters attributes the success of the restaurants to a great management team, a motivated workforce, prime positions, a strong work ethic, fresh ingredients, and different concepts all driven by the same values.

The successful partnership between Pieters and van Tonder is also a major contributing factor. They have worked together as partners and friends in numerous projects since they joined forces 21 years ago for their first joint venture, 34 South. They took over Peddlars on the Quays, the restaurant which was to become Drydock, very soon after it opened, when the owners decided Knysna was not for them. “Our success as partners is simple,” says Pieters. “We like each other. We think differently, but agree that, when making difficult decisions, the one must convince the other.

“We’ve had great times and some very challenging times. We have been part of the growth of Knysna and we are thankful for the loyal and wonderful folk of the town who not only support us but also send their guests to us. Through this support, we, in turn, are privileged to be able to offer employment to a workforce of 350 people.”

For details about the birthday celebrations on Saturday, 8 and Sunday, 9 December, visit the restaurants’ Facebook pages: Drydock and 34 South. 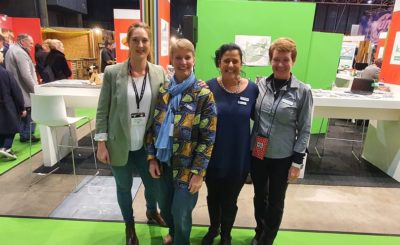 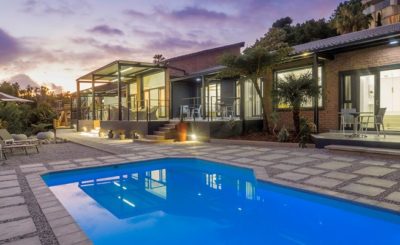 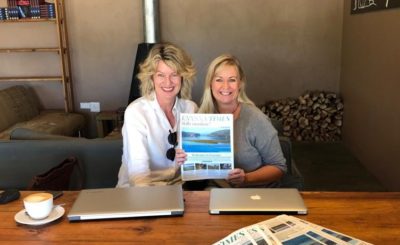