There is rather a lot to communicate so please excuse the length of this update, but it all needs to be said.

“The time has come,” the Walrus said, to talk of many things. Of shoes–and ships–and sealing-wax– Of cabbages–and kings– And why the sea is boiling hot– And whether pigs have wings.”

Maybe some of the things I have to say do not sit too well but I am going to say them anyhow.

After the events of Thursday evening last week it is now time for us all to get our heads out of the sand and take notice. Thankfully Pat and Joan were not physically injured but the outcome could have been very, very different.

I have said before that Farmwatch is not me trying to say the right things and sending out e-mails. Farmwatch is you and for it to be effective it requires your support, inolvement and buy-in.

I do not believe that we should start living in fear of being attacked in our homes or having our possesions stolen. We need to protect ourselves and our possesions and this requires a concerted effort by everyone.

I can guarantee that doors are being locked and curtains drawn at night now. I am certain that many are taking more notice of what is happening around them. I am sure that in some cases that dusty, firearm which has not been used for a few years, is more readily at hand. On the issue of firearms, if you have not fired one in the last 6 months, rather put it back in the safe until you get some training and practice. Contact me if you want help with this.

OK, so what do we do about this. I met with Declan, of Allsound Security today and discussed effective ways of protecting ourselves and our possesions. I outlined my plans to fund the Keurhoek Neighbourhood Watch and through the use of signage, create an awareness in the minds of criminal elements that we are looking out for ourselves. Declan agreed that this is effective and he has indicated that Allsound will help sponsor some of the cost.

In discussion he also said that the more Allsound clients in the area the greater the visibility of Allsound vehiles would be. Now I know this all sounds (no pun intended) like a sales job but it does make sense. He has also given me quotations for a special price on a simple wired panic button system which would summon response, through to a basic alarm system. If you are interested, please contact me.No, I am not getting any commission!

I asked about the cost of having a vehicle dedicated to the area with rapid response. Estimated cost of this would be R25,000-00 permonth (just for starters). I very much doubt that there would be sufficeient buy-in to make this affordable. Based on the fact that I received just over 50 positive responses from individual properties to fund the KNW, if the same number subscribed to the dedicated vehicle, the cost would be R500-00 per month for each subscriber.

The possibility of random patrols was also raised but Declan felt that this was not a very effective option. Cost would be in the region f R2000-00 per month. He actually said that we would just be wasting the money.

The bus accident upset my efforts to start tying up the plan that I want in place asfar as the Keurhoek Neighbourhood Watch and Signage was concerned but hopefully I can now press ahaed with this.

Time to put on my Conservancy hat. Our environment and what is happening to it is another area where we need to get our heads out of the sand and take notice. Yes I know that there are many who do not want to be involved with “tree huggers” but looking after our environemt has a positive outcome for everyone. Yes I understand that farmers want to protect crops and/or livestock and the Environmental agencies make allowance for this. Having said that there will be a “Naturally Knysna” presentaion on 21 September at 6:30 pm. The venue is The Red Barn. The main thrust will be recycling and the benefits recycling has for farmers and others in the area. Please try and attend. Contact Pam Legg on 072 859 1669 for more details and to let her know you will be attending.

A meeting with representatives of theKnysnaMunicipalityand the Municipal valuer was held on Tuesday, 23 August. Warren Rosewall, Anthony Robinson, Mark de Bruyn, Hub Sandberg and others attended. Information was given about the process and we are cautiously optimistic that the entire process will be fair and transparent.. A Public Participation meeting will be held at a later date where you will have the opportunity to raise any questions.

Deon van Zyl asked that I circulate the following :

On behalf of the organisers of the funeral services for the victims of the Rheenendal bus tragedy, I would like to express our deep gratitude to members of the local community that contributed so much, in so many ways, over the past 10 days or so.

The planning, organisation and execution of of two mass funeral services is a mammoth logistical exercise that should have been handled by a full team of paid professionals, properly funded, and with the full support of the local and regional authorities. Sadly, the vital funding, and much of the physical input promised by the District Municipality did not not materialise, and the task of raising funds and organising both events fell to a handful of volunteers, supported by already-traumatised members of the school staff and volunteers from the Keurhoek community. At the time that the call for assistance went out on the Farmwatch mailer, the project was at a tipping-point.  Team members were already exhausted, meagre resources were tapped out and the funeral services promised to the bereaved families appeared to be declining into an embarassing shambles.

On Saturday, the three Fiegeland children and Mr Pyle were buried after a service conducted at thePPKChurchin Keurhoek. This was attended by upward of 1,000 persons. Yesterday 11 children from the Rheenendal community, Hornlee and George were buried from a service conducted at the school.  Approximately 6,000 persons attended.  There is much that could have been done better, so much more that the familes, the school and community were promised.  Nevertheless, that both services even happened, and without major mishap or embarassment, is due in no small part to the members of the farming and resident community that gave up so much to make it possible.

Thank you, each and every one.

FAMSA Knysna runs the Victim Support Programmes at all the local Police Stations and at the Court in Knysna.  This is an essential programme that provides support for all victims of crime or violence and is part of the protocol of the Dept. of Community Safety.  They screen, train, monitor and support the volunteers.  This programme is of great assistance to those in need and also often leads to the successful prosecution of offenders.

For some time they have been very aware of the need for Victim Support Volunteers in the Rheenendal area.  They do have a few trained volunteers in the area, but they did not have a facility to function from. With the very kind support of the Belvidere Home Ownerâ€™s Association they have kitted out a Trauma Room in the Community Centre in Keurhoek. .  This training is also a wonderful opportunity for members of the community for Personal Growth. 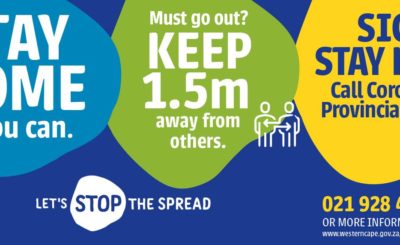