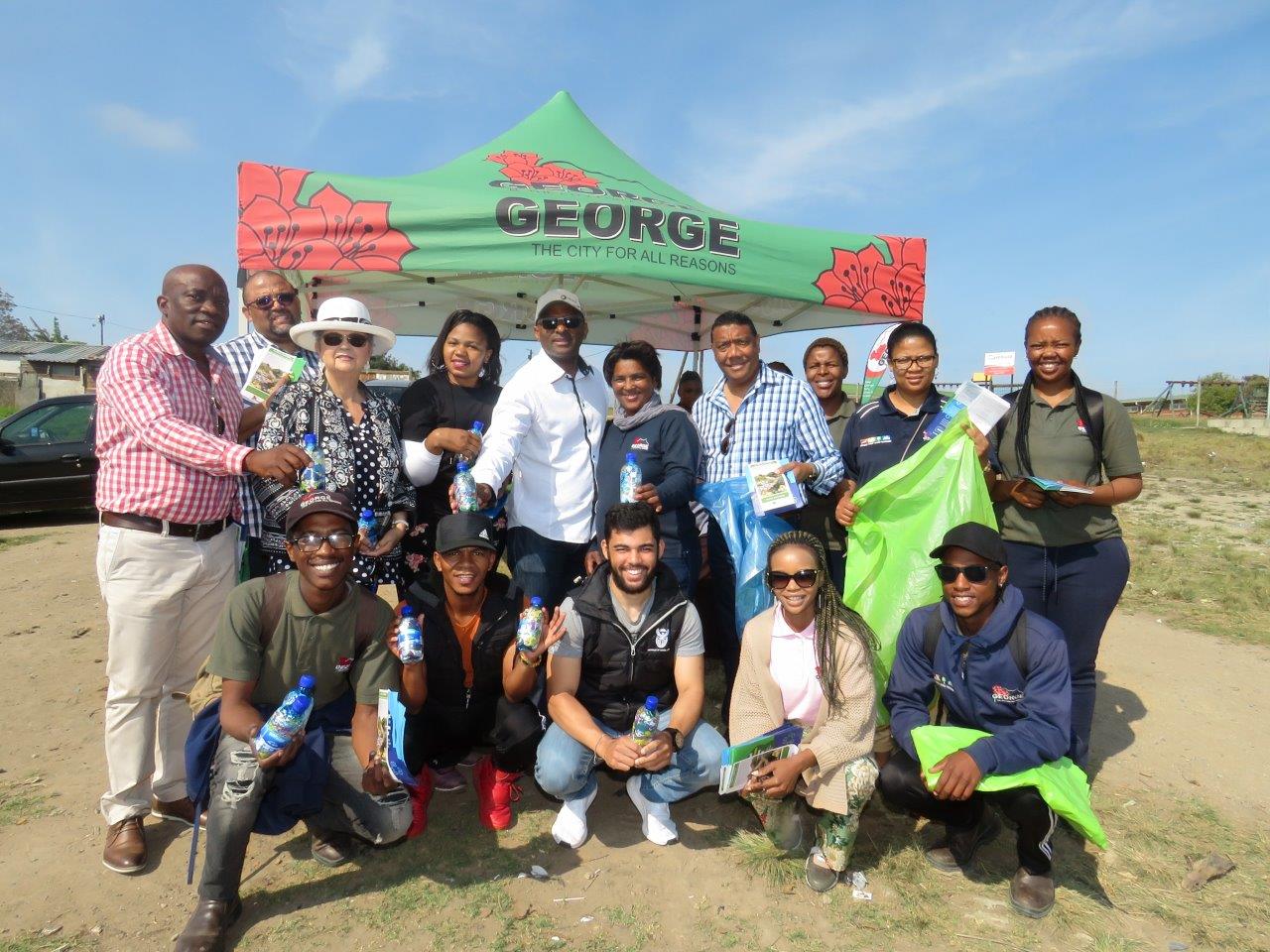 The Executive Mayor of George, Portfolio Councillors and officials took to the streets in New Dawn Park on Wednesday to hand out blue and green bags and information pamphlets to raise awareness in George of the municipal recycling programme.

The information includes illegal dumping pamphlets and a display of mini eco-bricks (the proper eco-brick, is a 2l bottle (the same shape as a 2l coke bottle), stuffed to the brim with plastics, chips and chocolate wrappers, foam cups etc) and the cap is closed. It can be used to build different structures, just like clay bricks, with cement to build.

George Municipality will soon be extending its recycling programme into areas that had in the past not been part of the blue and green bag system. These include rural areas, high density neighbourhoods and informal settlements that could potentially more than double the city’s current yield of about 600 000kg of recyclable waste per month. The next phase is expected to roll out in October and is being preceded by an extensive awareness campaign in schools and neighbourhoods where the programme is new. Phase two includes more than 21 000 households in Ballotsview, Borcherds, Conville, Lawaaikamp, New Dawn Park, Pacaltsdorp, Parkdene, Protea Park, Rosemoor, Sea View and Thembalethu as well as Uniondale and Haarlem rural areas.

The George Municipality has been using a two-bags refuse collection system (black bags for general waste and blue bags for recyclables) since 2008. A green bag for garden waste was added in February 2019. The programme already distributes to and collects bags from nearly 17 000 households in more than 40 neighbourhoods in the municipal area including most suburbs of George as well as the outer areas of Wilderness, Kleinkrantz, Hoekwil, Victoria Bay, Herold’s Bay and Delville Park.