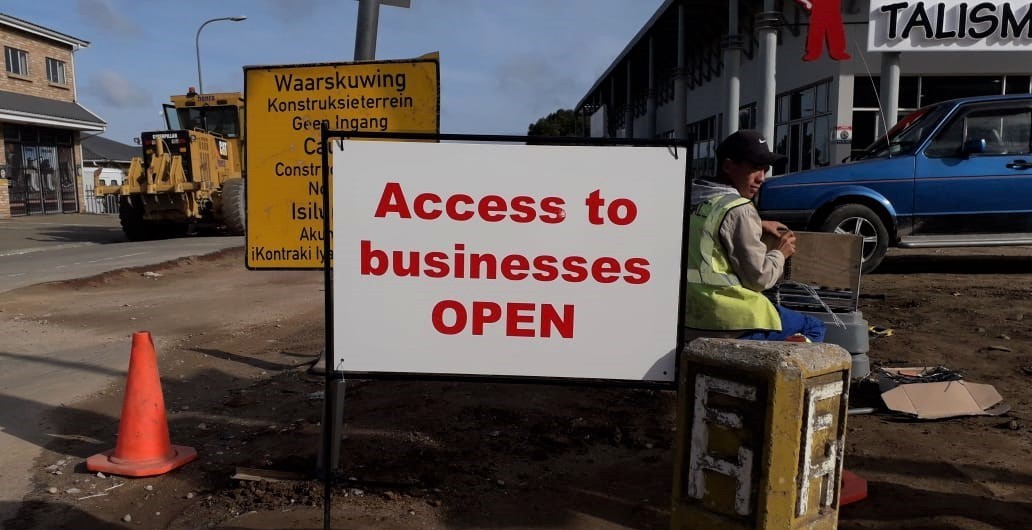 It’s business as usual in Merriman Street where road upgrades have been affecting traffic flow and access between Hibernia Street and Nelson Mandela Boulevard for the past few months.

Civil Engineering Services Director Regenald Wesso said the construction in Merriman Street, which was part of a series of GO GEORGE infrastructure upgrades, was nearing completion and two-way traffic would be restored for the most part.

“Construction has reached the stage where most of the layer works have been completed and the road may be opened to traffic in both directions. Partial road closures may still occur to ensure the safety of construction workers and road users but will be limited as far as is possible.

“Work on the sidewalks and kerbing will continue during July and August 2019 but will have minimal effect on traffic flow.

“The final road asphalt layer will be done in sections and will be communicated to residents and business owners in advance. This process will result in partial road closures for two to three days at a time during July and August 2019, depending on the weather and unforeseen circumstances.

“The George Municipality thanks the general public, residents and business owners for their continued patience and support throughout the project,” said Mr Wesso.