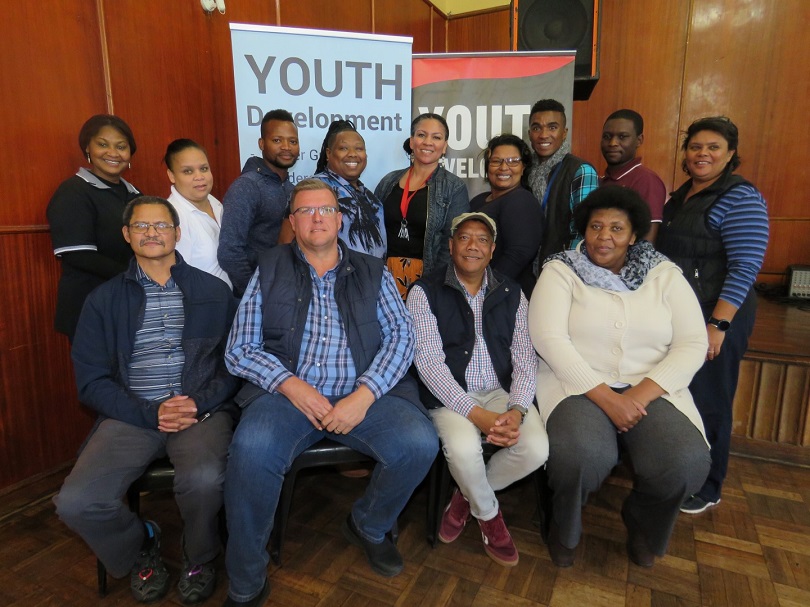 The George Municipality Youth Office in collaboration with the George Museum, the Department of Education, Nelson Mandela University and George schools held a Young leaders seminar last week to give youngsters the opportunity to express themselves and have their say in answering questions on what this generation of youngsters can do to stimulate progression in South Africa.

Mr Sonwabo Stuurman, the guest speaker at the seminar, is Senior Manager of Advocacy, Education and Training at CANRAD and holds Masters, Honour’s and Bachelor’s degrees from Rhodes University, and currently enrolled for his Doctoral Studies at the Mandela University has an extensive and impressive CV.  His interest in human rights and their protection was one of the major reasons why he enrolled to study Law and Political Science at Rhodes University.

Stuurman, who hails from the Eastern Cape, had a short but gripping message for the youth, saying “Leadership is influence”. He said leadership is not forever but it is influence while you have it. He broke down influence in different words that became the crux of his message. I stands for integrity, N for nurture, F is for faith, L is for listen, U is for understanding, E stands for emotional intelligence, N is for navigate, C stands for communication and E stands for exemplary. “I have a problem with the saying, you are the leaders of tomorrow. What if tomorrow never comes? Be a leader now. Use your gifts, identify gaps and challenges at your school. Do something about bullying, teenage pregnancies, drugs, absenteeism etc. Be an agent for change,” Stuurman said.

Mr Roger Jacobs, Head of Specialised Learner and Educator Support at the Department of Education encouraged the learners to do the best with their own special gifts. He told learners that there is meaning to each person’s life  and young people can fulfil their life dreams with their uniqueness.

Unathi Sandi (14), a grade 9 learner from Jonga High School in Thembalethu, was one of the most inspiring young speakers and motivators at the event. He is firstly a believer in Christ he says and would like to become an actor to portray different characters to help people in their daily lives. “I take inspiration from Madiba he didn’t take oppression from black of white. I would like the youth to learn to know themselves, be aware of their rights and actively use their rights that our heroes had died for,” Unathi said.

The learners held discussion groups later in the day and looked at workable solutions to tackle the “seven mountains” in the country, namely government, economy and education, family and religion and media and arts. The groups also had to give feedback.