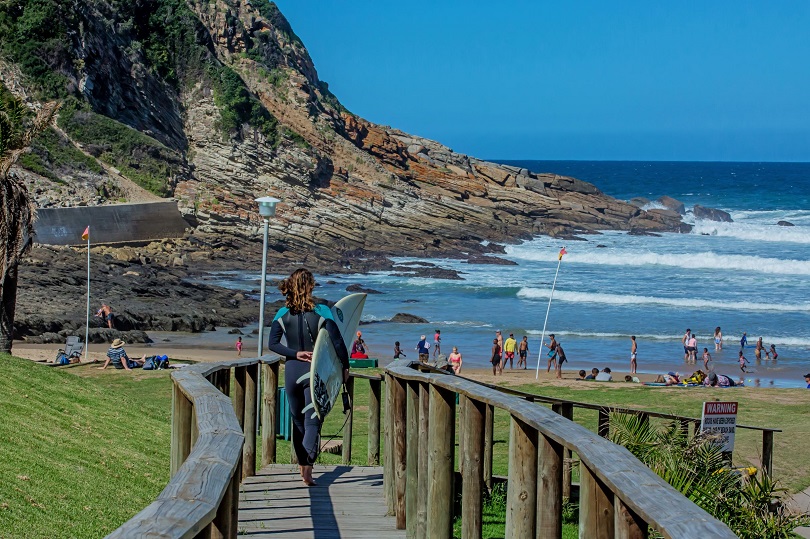 GEORGE, South Africa – Due to unforeseen circumstances which resulted in the cancellation of a CSS event, George Municipality steps in to offer their support to host the inaugural Vic Bay Classic from 20-22 June which will conclude the 2019 City Surf Series™

Accelerate Sport, the sports marketing agency who has created the successful City Surf Series™ and is responsible for hosting multiple World Surf League (WSL) Qualifying Series (QS) events along the South African coastline is excited to announce the inaugural Vic Bay Classic which will take place at Victoria Bay in George from 20-22 June 2019.

Due to the unforeseen circumstances which led to the cancellation of the Zigzag Durban Surf Pro at the last minute, the team at Accelerate Sport has been working tirelessly to add another event to the CSS calendar and show their commitment to both the athletes and staff by making sure that four events do take place during 2019 as planned.

Thanks to support from George Municipality and a gap on the Surfing South Africa (SSA) calendar, CSS organisers have been given the confirmation from SSA that 20-22 June 2019 will be booked for the inaugural Vic Bay Classic.

With the flagship event on the 2019 City Surf Series™ calendar being the Volkswagen SA Open of Surfing presented by Hurley which takes place from 13-17 June, professional athletes from South Africa and around the world will be able to road trip from Port Elizabeth to George and get to surf one of the best right hand point breaks along the Garden Route.

The Vic Bay Classic takes place during South Africa’s winter and athletes will be expecting quality surf thanks to the annual winter swells that hits South Africa between the months of May to July.

Not only will the athletes score but the town of George as well due to the influx of visitors to the event which will be a huge contribution towards tourism and the local economy.

Volkswagen is the Official Vehicle partner to the City Surf Series™ and all event staff will be transported in a variety of VW Kombi’s and Caddy’s to get to the event.

With the aim to expose and further develop the sport of surfing which will be included in the 2020 Olympic Games, as well as attract foreign athletes to our shores – each City Surf Series™ event will feature WSL QS internationally rated Men’s, Women’s as well as Pro Junior Men’s and Pro Junior Women’s divisions.

Dedicated to uplifting and growing surf communities in all event locations, the City Surf Series™ gives back to the local surf community by working alongside the national controlling body of the sport – Surfing South Africa (SSA) and incorporating SSA Learn to Surf Initiatives which are designed to foster and encourage surfing among young people, regardless of their background.

A community Beach Clean Up forms part of each CSS event itinerary and members of the public are urged to get involved – all Beach Clean Up schedules will be posted on the City Surf Series™ social media platforms.

To enter a City Surf Series™ event please click on the link – http://www.worldsurfleague.com/pages/member-management

The World Surf League (WSL) is dedicated to celebrating the world’s best surfing on the world’s best waves through a variety of best-in-class audience platforms. The League, headquartered in Santa Monica, is a global sport with regional offices in Australasia, Africa, North America, South America, Hawaii, Japan and Europe.

The WSL has been championing the world’s best surfing since 1976, annually running in excess of 180 global events across the Men’s and Women’s Championship Tours, the Big Wave Tour, Qualifying Series, Junior and Longboard Championships, as well as the WSL Big Wave Awards. The League possesses a deep appreciation for the sport’s rich heritage while promoting progression, innovation and performance at the highest levels, and in doing so crowns the undisputed world champions in Men’s, Women’s across all divisions within the tour.

Showcasing the world’s best surfing on its digital platform at WorldSurfLeague.com as well as the free WSL app, the WSL has a passionate global fan base with millions tuning in to see world-class athletes like Jordy Smith, Tyler Wright, John John Florence, Paige Alms, Kai Lenny, Taylor Jensen, Honolua Blomfield, Mick Fanning, Stephanie Gilmore, Kelly Slater, Carissa Moore, Gabriel Medina, Courtney Conlogue and more battle on the most unpredictable and dynamic field of play of any sport in the world.

Surfing South Africa is the recognised governing body for the sport of Surfing in South Africa by the Department of Sport and Recreation. SSA is a member of the South African Sports Confederation and Olympic Committee (SASCOC) and the International Surfing Association (ISA).