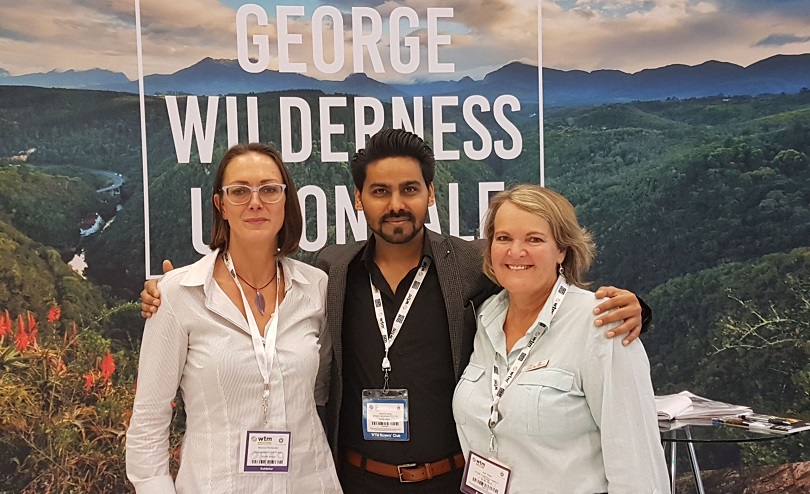 In February this year a delegation from George Tourism and their Portfolio Councillor Iona Kritzinger was sent to India to market George & Wilderness as a destination for the Indian market.

Although many Indian travellers were already arriving at George Airport, many were just landing and going on to neighbouring towns and promoting the destination of George & Wilderness could thwart this trend.

George and Wilderness are already seeing the positive impact of the show.  At World Travel Market earlier this month, negotiations that started in India between the George’s Tourism Manager and inbound operator Sanchit Ahuja, from Africa Incoming were concluded with Monica Rhylander from Oubaai Hotel, to bring a guaranteed 1 000 new room nights to George over the next 12 months.  The first group will arrive at the end of this month.

This should produce 2 000 bed nights, of which 100% of them will also have breakfast, lunch and do at least 1 activity in Wilderness.  It is also believed that those 2 000 people will enjoy dinner in George on the nights that stay in and negotiations are taking place for them to partake in an additional activity in George on the day of their departure.

Joan Shaw, Tourism Manager said: “If we continue to promote in this market, these numbers should grow exponentially over the next few years.  This deal will bring millions of Rands into George over the next 12 months.   Most of this business comes in the traditional off-season, offering a unique opportunity to combat seasonality, and keep hospitality staff employed through the winter months.”

SA Tourism India is forecasting that they can produce 100 000 visitors per year from India in the next 3 years, and the Garden Route is high on every itinerary.  If SAA resumes their direct flights between Johannesburg and Mumbai, as promised at in a recent speech by President Ramaphosa at recent India Independence Day celebrations, these numbers will grow even more.

Many George hotels already have offers and rates in place to cater for the Indian market, and we will see more and more products benefitting from these numbers in future.

Caption:  Monica Rhylander, from Oubaai Hotel and Sanchit Ahuja, from Africa Incoming with  Joan Shaw from George Tourism, in a celebratory mood at the George & Wilderness stand at World Travel Market earlier this month.