George Traffic Department attended nine road accidents in and around George over the weekend. The department made two arrests for drunken driving, issued numerous fines and speeding tickets. The department also participated in integrated roadblocks with Western Cape Provincial Traffic and SAPS.

George Fire Department responded to five informal structure fires, in which nine structures burnt down and one death was reported. The department attended to an accident on the N2 in which one death was reported, three accidents in the Outeniqua Pass (details with the SAPS, provincial traffic jurisdiction) and an accident on the N9 near Uniondale in which a vehicle rolled and 10 people sustained light injuries. The department also responded to a burning vehicle in Thembalethu and three vegetation fires.

No serious incidents were reported to Law Enforcement.

George Municipality thanks the public for their cooperation and responsible actions over the weekend and appeals to continue to take care on the road in the current wet conditions. 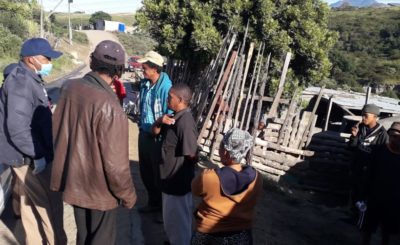 George Municipal actions as of Lockdown Day One Friday 27 March