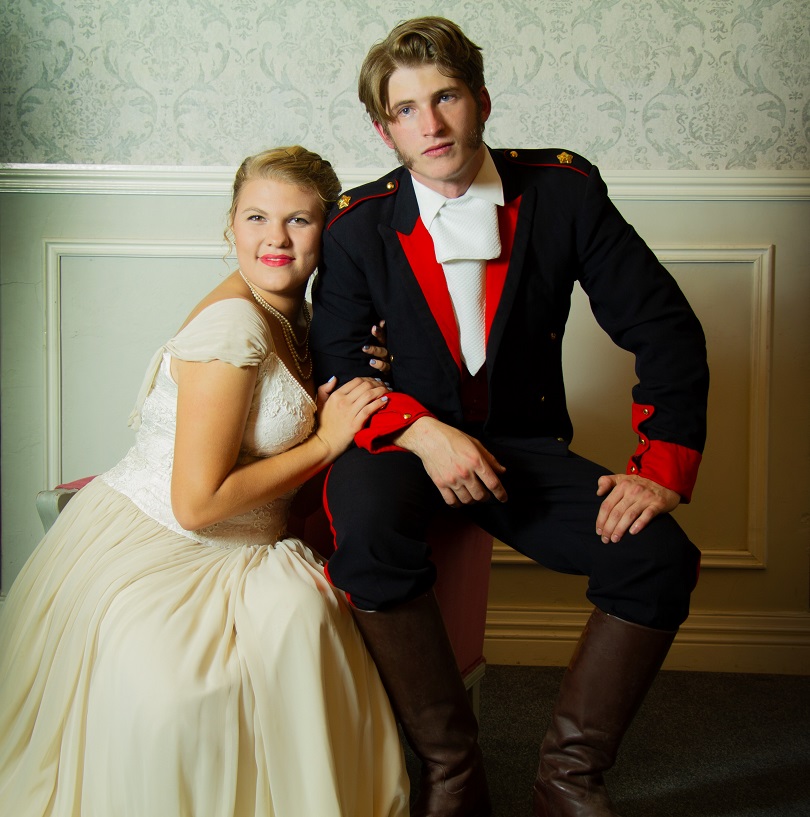 2019 marks the fiftieth year of George Society of Arts performers stepping on their beloved Theatre stage. 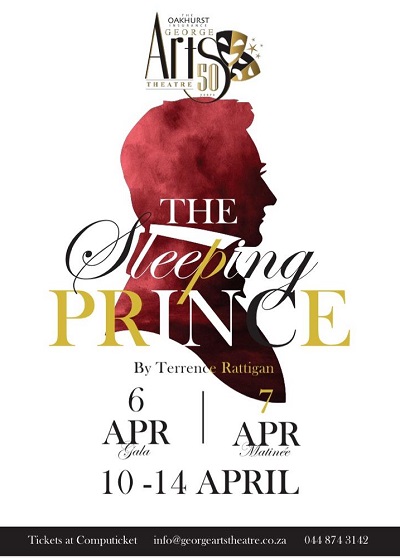 The George Society of Arts, currently in its 71st year of existence, purchased the building in 1969 for an amount of R12 000.00 and spent another R14 000.00 on renovations to convert it from a public school turned cinema, into a theatre.  The beloved “old lady” has had a few facelifts over the years but, thanks to the sponsorship of Oakhurst Insurance, it has been revamped into the new designer look George Arts Theatre (currently known as the Oakhurst George Arts Theatre).

For 50 years, the Oakhurst George Arts Theatre has woven itself into the fabric of the George community, bringing out the uniqueness, colour and beautiful textures that comprise the little Garden Route hamlet.  Reviving the very first production put on by the theatre to celebrate its 50th birthday, the Oakhurst George Arts Theatre is elated to present THE SLEEPING PRINCE, a play by Terence Rattigan, skilfully directed by Ilze Tulleken on 6 April (Gala Evening), 7, 10, 11, 12, 13 and 14 April 2019.

Debut director Ilze Tulleken and a gifted local cast will transport the audience back to London 1911, where Prince Charles, Regent of Carpathia is dealing with political turmoil in his country and a strenuous relationship with his son, King Nicolas until a delightful actress, Mary Morgan, adds love to their hearts and awakens long forgotten emotions. The witty humour and royal politics of the time promise to entertain the audience and tug at the heart-strings.

Join us to celebrate not only 50 years on the George Arts Theatre stage, but also a beautiful play featuring incredible local talent from the inimitable director’s chair and crazy talented cast to props whizzes and steadfast stagehands.

Tickets are available at Computicket and at the Oakhurst George Arts Theatre. For more information, visit www.georgeartstheatre.co.za.