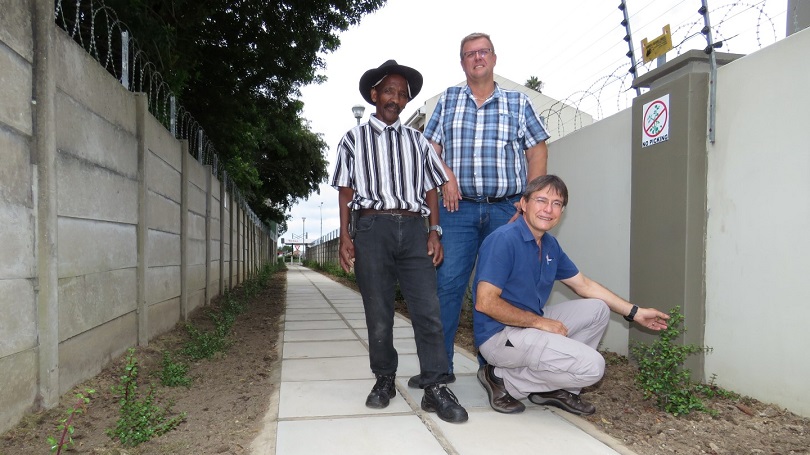 Cllr Sean Snyman, Ward Councillor for Ward 19 and his Ward Committee recently beautified and cleaned the alley between the small Pick ‘n Pay in York Street and the other shops. 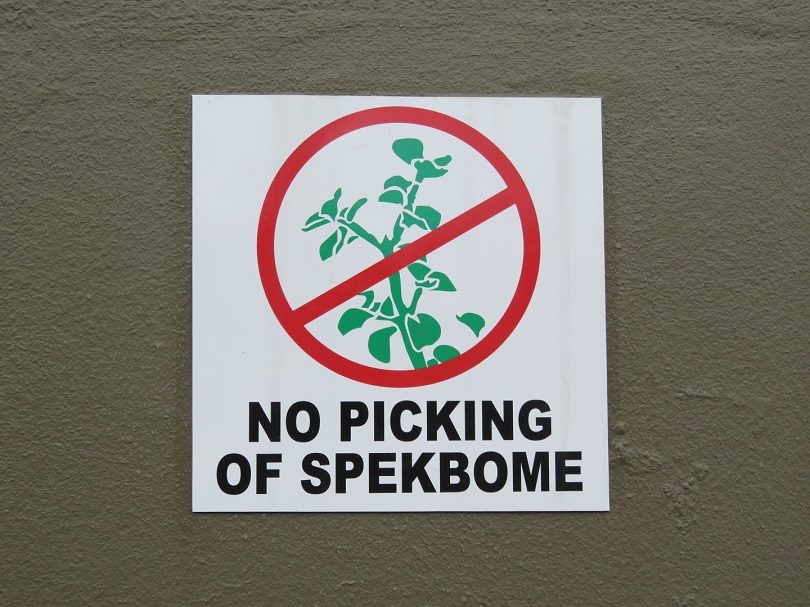 The walkway connects the Dormehlsdrift area and the shops in York Street. Cllr Snyman said up until recently this alley was not a safe walkway for residents because of the undesirable activities taking place in the alley. Dewald Hattingh, Ward Committee member, as well as owner, trustee member and caretaker at Malbar Square, situated right next to the walkway, secured more than a 100 spekbome from Deon Britz and his team at Gourits Biosphere, Riversdale and compost from Grow Green in George.

Hattingh, with the help of George Toll, who keeps the walkway clean, turned the once eyesore into a green, paved and safe walkway for all. Because of the shrubs in the walkway there is no more space for loitering. Spekbome were chosen because of its characteristics of cleaning the air. According to Samara.co.za the Spekboom is proudly South African, it is one of the best carbon sequestrators in the world, it can live up to 200 years, it is equipped with a unique mechanism to adapt to its surroundings and it is edible, with a very high nutritional value and a lovely lemony taste. But please get your own as people are not allowed to pick these spekbome in the walkway. Signs have been put up to warn people not to pick the shrubs.

From left are Toll, Snyman and Hattingh in the walkway off York Street.