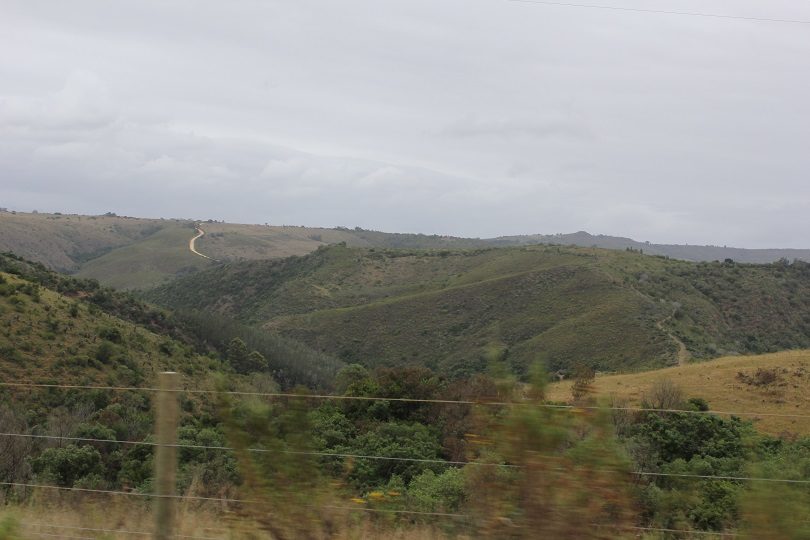 The Grootbrak Grabadoo, one of only a few organized cycling activities presented in the Garden Route during the holidays, is a fun event for all who wishes to end the year on a high note.

Different routes make provision for cyclists with different levels of fitness, and to accommodate ones with zero fitness, there is also a short fun walk or run route on level terrain.

Bles de Wet, local cyclist in Groot-Brakrivier, has been involved as a sponsor for the past four years, but he has been participating in the event for many years.

“The Grabadoo is very popular with local athletes as well as visitors to the Garden Route during the summer holidays and the different routes make it an ideal event for families. However, the two longer routes definitely require a fair amount of fitness.”

The routes all start in Long Street and all, except the 15 km route, follow the old dirt road to George past Pick n Pay and on to Jonkersberg. “Especially the two longer routes take one through breathtakingly beautiful scenery in the Jonkersberg forestry area and the Friemersheim woods.”

The profiles of the different routes are on the website, but Bles described them as follows: “Although not technical, the longest route is reasonably tough because of the incline on gravel and forestry roads. A short section on the two longest routes over a farm includes a fairly difficult incline on a single track, and a steep decline on loose gravel. This is not a serious concern as long as one is aware of the downhill section and ride within your capabilities.”

The routes take participants on small sections of tarred road, but mostly on dirt service roads, some jeep tracks and single-track paths over private land and through forestry areas.

15 km (climb 333 m): “This route includes dirt roads, including Sandhoogte Road, turn at the tar road that leads to Botlierskop, back to Groot-Brakrivier. There is a bit of a climb over a short distance, but the route is very popular with families.”

53 km (1000 m climb): This is a dirt road through the beautiful scenery of Jonkersberg forestry area. “There is a short, t section with a steep decline on loose gravel on a private farm, but if you are careful, there is nothing to worry about!” The last 12 km is tarred road.

71 km (1400 m climb): “ The 53 km route with a loop into the Friemersheim forest offers a steep incline towards the village, but then, it is downhill all the way home.” The last 15 km is tarred road.

At this time of the year when all the roads leading to Mossel Bay are extremely congested, it is still easy to get to Groot-Brakrivier – just take the exit from the N2.  There is also ample parking space on the sports grounds next to the river.

“This is a great event with more than enough excitement for the racing snakes, weekend warriors and families,” concluded Bles.

Vodacom has joined as the premier sponsor this year. “Vodacom is proud to be involved in community projects such as the Grabadoo, as it really brings the community together as one big family,” said Claire Boltman, Eden County Manager for Vodacom.

Four years ago, Bles approached Mimi with a sponsorship. He also contacted some of his business friends and ended up with four sponsorships, who are all still active and proud to be associated with the event that brings the whole community together. They include De Kaap Estates and De Dekke Spar in Groot-Brakrivier, and Coimbra Cycle House and York Auto in George.

Entry forms are available at all Vodacom offices/shops in the Garden Route, Klein Karoo and Port Elizabeth from 1 December, as well as De Kaap Properties and De Dekke Spar in Groot-Brakrivier.  Pre-entries can be done at De Kaap Properties in Great Brak River or Coimbra Cycle House in George.

Online entries have already opened. Enter online before or on 30 December 2018 at  https://www.entryrush.co.za/event/grootbrak-grabadoo