It is with both shock and sadness that we have learned that about 70% of the trail signage (posts, route markers and sponsor’s advertising boards) around the GR Exp Saasveld Trail System, located between the Garden Route Dam and NMMU Campus have been maliciously damaged and stolen amounting to tens of thousands of Rands worth of damage.

As partners in the George Trails Project, the Green Sport Foundation, MTO Forestry and George Municipality strongly condemn these actions in our natural surroundings and a case of theft and vandalism has been opened with the George SAPS. 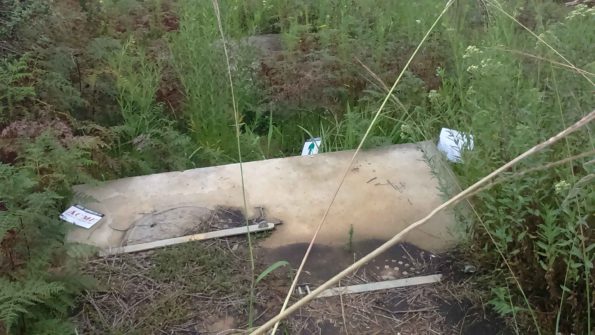 After more than two years of planning and negotiations the Green Sport Foundation non-profit company secured contracts with the George Municipality and MTO Forestry as landowners in the middle of 2016, to mark, manage, maintain, permit and market a multi-use trail network (for hiking, running and mountain biking) under George Trails as a sports tourism project to promote community wellness, environmental education, tourism, job creation and to establish a well-marked and safe trail network around George. Green Sport also provides millions of Rands worth of public liability cover through its affiliation with AMARider (African Mountain Biking Association). 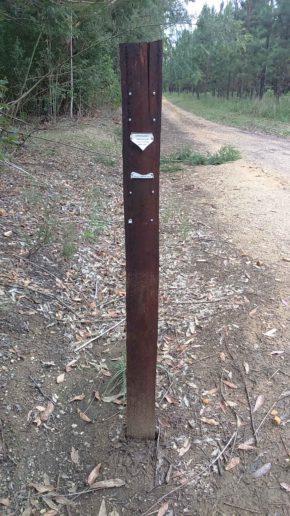 No other party have previously successfully negotiated or secured trail management agreements with the local landowners and thus there are no rights to previously (and often illegally) constructed trails and sign boards on the landowner’s property by any other party, other than that negotiated by Green Sport. The parties advocates responsible trail use, trail construction and land management and this is part of the reason they entered into the agreements to make a positive difference to trail sports and nature-based recreational activities around the City of George.

After assessing the damage we can confirm that a total of 25 wooden sign posts have been removed and stolen. Furthermore, a variety of 66 sign boards that included route markers, emergency detail and sponsors advertising have been removed or damaged. The remaining boards have been taken down for now to avoid further damage/loss and to avoid people getting lost by following incomplete marked routes due to the damage. In the meantime, the GPX files of the routes can be downloaded for use on GPS devices from the George Trails website at www.georgetrails.org.za in order to still navigate the routes.

The vandals not only caused damage to property but also put the lives of people in danger by the damage and removal of the emergency numbers and codes linked to the Eden Emergency Centre.

We kindly request members of the public to come forward with any information that might lead to the arrest and prosecution of the culprits by contacting Detective Sweli on 078 274 1687, sending an email to info@georgetrail.org.za or inboxing the George Trails Facebook Page. None of the 25 x 2.3m sign posts that were removed were found in the vicinity of where they were removed so it is assumed that it was a coordinated effort and that it was loaded onto a vehicle so chances are that users spotted the vehicle in the plantation. It will also help the case if we can get information on when last users saw the signs up in order to narrow down the search.

(This is a joint press release between the Green Sport Foundation, MTO Forestry and the George Municipality)