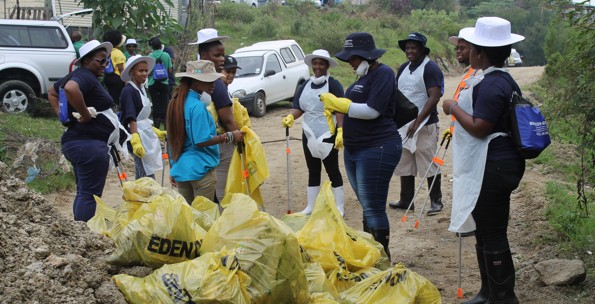 Prior to the cleaning of the river, a blitz operation determining possible pollution sources and door to door awareness around pollution were done. Pollution caused by humans is one of the main sources of river systems being demolished in South Africa. Concerns of the participating role players were justified as within a stretch of nearly one kilometre.  Nearly 400 bags of refuse were collected. Obstructions and alien vegetation within the river were also cleared and removed.

Efforts like these, although small will surely impact positively towards community involvement in restoring of natural river health.