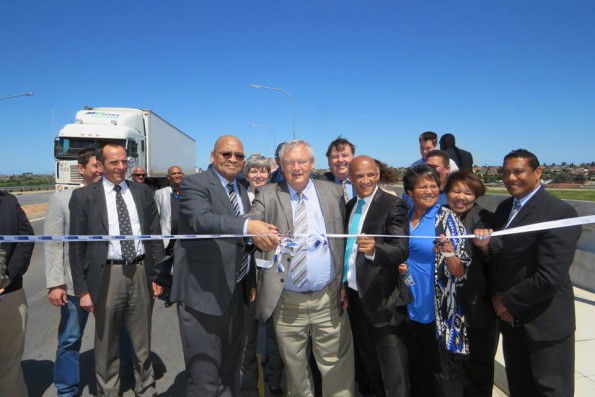 The necessary upgrades at the interchange comprises the widening of the existing Pacaltsdorp Interchange bridge and includes widening of the two lane York and Beach Roads to convert it into a dual carriageway 4 lane road with turning lanes at both ramp terminals at the interchange, the construction of sidewalks and a traffic median island, rehabilitation of existing asphalt surfacing and relocation of traffic signals, provision of street lighting and replacement of road markings and road signs. 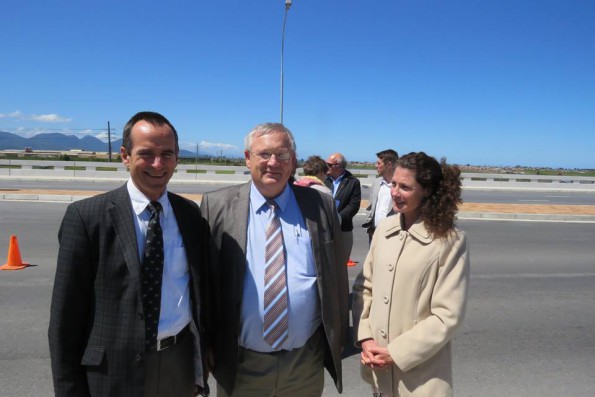 “With the approaching holidays, when many South African’s will be travelling around the country, the direct user benefits of this necessary upgrade reduces travel times and fuel consumption, increases reliability, and increases safety for motorists.” said Kobus van der Walt

“SANRAL, in partnership with the PGWC and George Municipality have uplifted the community with the Pacaltsdorp diamond Interchange upgrade project. Not only creating on site work opportunities amongst SMME’s but also provides greater security and safety for residents in the area.”

“The pedestrian bridge connects the new residential area south of the N2 with the George industrial/commercial area on the northern side of the N2 greatly improves safe access to work opportunities to the community residing to the south of the N2” van der Walt added.

As South Africa celebrates Transport Month in October, the challenges of adequate road infrastructure, which carries the bulk of the movement of goods, services and people around the country remains high on the priority list of SANRAL.