The vision of the Executive Mayor of George, Alderman Charles Standers of establishing George as the hub for education received another boost this week when high level discussions were held between representatives of South Cape College, led by CEO Mr Luvouy Ngubelanga,  Executive Councillors and senior management of the George Municipality regarding the college’s possible expansion plans.

Mayor Standers welcomed the initiative and thanked the college for proposing expansions which are geared towards broadening the scope of choice for prospective students in George and which will serve as an impetus to the growth of George.

Johan Stander, Portfolio Councillor for City Planning, Building Control and Land Affairs shared this excitement and commitment to allowing George to realise its full potential as the City for all Reasons. The citizens, businesses and developers in our city should take note of the creation of new opportunities that accompany education and training facilities. Councillor Stander further emphasised the ideal strategic location of George in terms of education facilities and noted that as a city George has all of the supporting services and infrastructure to meet the needs of a large student community.

The present Hibernia Street campus in the George CBD is already bursting at the seams and can no longer accommodate the growing needs of the College and their students. The management and the project team of the College have, as a result, approached the George Municipality to acquire vacant land for the development of a new campus for George. The facilities proposed include the main administration building, student centre, lecture halls, practical training rooms and associated facilities as well as student residences and sports facilities. The National Government will fund the development of the buildings and infrastructure for the campus, but the College has to utilise their own funds to acquire land.

The discussions were fruitful and consensus was reached that the development of the main College campus on the western side of George can be supported as it has been shown globally that tertiary institutions have a highly positive impact on the economic growth potential of the cities and towns within which they are located – Grahamstown, Potchefstroom and Stellenbosch are prime examples of this.

The municipality has limited land available and needs to utilise this resource to the benefit of the city so as to leave a lasting legacy for its residents and the generations to come. The establishment of tertiary institutions in George is a part of the Council’s overall strategy to revitalise and diversify the city’s economic base.  The availability of skilled labour and direct access to tertiary learning institutions where such skills are taught, also creates the potential for new investment opportunities and job creation spin-offs in the lagging industrial sector in the city in the medium to longer term.

The municipality acknowledges that much of the growth in the city is centred around the Mall / Eden Meander precinct on the eastern side of the city, and that the establishment of the main South Cape College campus on the western side of the city can act as a catalyst for new economic investment, as well as development and work opportunities for the surrounding residents and business owners, which in turn increases the development potential of other municipal and privately owned land in the area.

Negotiations are presently underway between representatives of the South Cape College and the Municipality’s officials to work out the finer details for the proposed project. These negotiations will conclude in the signing of a memorandum of understanding between the two parties, with the final proposal being presented to the Council for consideration soon thereafter. 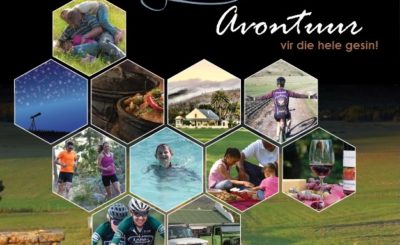