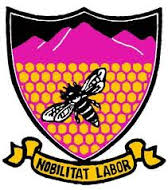 South African Schools’ captain of 2013, Yaseen Valli got the bizhub Highveld Lions off to a winning start when he scored an unbeaten 65 runs after his side was struggling on 63/5 at a stage in their match against the South Africa under-17 side. The Lions are the defending champions of the tournament which will, for the first time ever, see a final played to decide the 2014 winners.

Dayyaan Galiem, who grabbed four wickets for 29 runs, was the chief destroyer for the national U17 side. The 16-year old was in the national U19 side which toured India last year.

Greg Oldfield of the Sunfoil Dolphins grabbed an outstanding seven wickets for 42 runs with his off-spin bowling in his side’s match against the Chevrolet Warriors.

His performance was however, not enough to secure a victory as Warriors’ leg spinner, Lance Roelfse stepped to the fore, bowling his side to a 59-run victory. Roelfse grabbed six wickets for just 12 runs.

Aiden Markram of the Unlimited Titans scored an impressive 72 runs as his side beat the Chevrolet Knights by seven wickets. He is also a member of the team that toured India, but is playing in his first ever Cubs Week. Markram has also never played at a Coca-Cola Khaya Majola Week.

Leus du Plooy (34*) made a valuable contribution with the bat. He was also the best bowler for his side (Titans) as he dismissed three batsmen for 19 runs.

The Knights struggled to 158 after they were in a commanding position on 77/2 after 11 overs. Christian Steyn (48) made the biggest contribution with the bat, 16 runs of his runs came off the first over of the match bowled by Dustin Melton (2/50).

The Nashua Mobile Cape Cobras defeated Zimbabwe by six wickets in their encounter. Zimbabwe is drawn in the same group as South Africa for the World Cup.