The Nelson Mandela Metropolitan University (NMMU) George and Vaal University of Technology (VUT) maintained their winning records as they recorded their second bonus-point victories on day two of the University Sport South Africa (USSA) B Week in the Vaal on Tuesday. 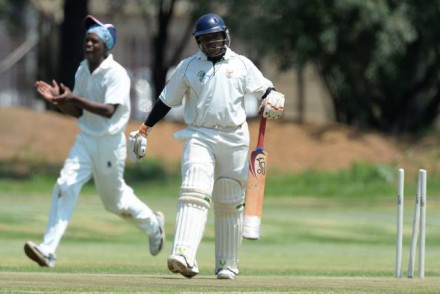 Both sides had registered comfortable wins on the opening day, and made light weight of their opponents in Tuesday’s games.

VUT’s game was equally mismatched, as they beat North West University (Mafikeng) by 227 runs. G Motha (91) and T Phadi (72) starred with the bat in a total of 284 for nine in 50 overs, while C Cassa took five for 20 and Phati claimed figures of four for 24 as North West University were bowled out for 57.

In the other Section C game, University of Fort Hare B claimed their first points of the tournament as they recorded a three-wicket win over Durban University of Technology, who have now lost their opening two matches.

The Durban side made 196 for nine in their 50 overs, with L Subrayen top-scoring with 69, and University of Fort Hare B chased down the target with almost 16 overs to spare as L Mbanga made 82.

University of Venda won a low-scoring encounter against University of Limpopo (Medunsa) on Monday, and beat Mangosuthu University by 76 runs to score another bonus-point win.

Although the University of Venda managed just 145 all out after being put in to bat, with N Mzinyane, L Sithole and S Vendla taking three wickets apiece, B Bunde and J Kazi claimed four-wicket hauls to bowl Mangosuthu University out for 69.