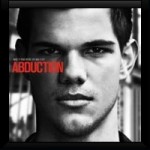 Happy Heritage Day for the 24th. We trust that you’ll spend the morning watching a bit of rugby and relaxing with the family, so why not extend that time out and take in a movie during the afternoon or evening? We’ve got a whole lot of movies we’re sure you’ll want to see at Ster-Kinekor Theatres – your happy place.

Twilight regular Taylor Lautner stars in the thriller Abduction about a teenager who uncovers a dangerous secret about his childhood and is forced to fell when shadowy forces who want him dead arrive on the scene. Book Now!

Don’t miss out on the Pre-Release screenings of The Smurfs happening on the 24th of September, There are also fun filled Character costume Tours happening at a Ster-Kinekor Theatre near you. Click Here for more details.

Clive Owen, Catherine Keener and Liana Liberato star in the thriller Trust which details the dangers that surrounds children making friends with strangers they meet online. Book Now! Don’t dare miss this one! Remember this is a limited release with shows only from 23 to 29 September 2011.

The romantic comedy drama One Day stars Anne Hathaway and Jim Sturgess as students from vastly different walks of life who meet one day at college and make a pact to meet on the same date every year for 20 years to compare how their lives have progressed. Watch the trailer!

Paul Wesley and Caitlin Wachs star as a young couple in the Bahamas who fight to protect the local dolphin population from harmful Navy sonar experiments in the adventure drama Beneath the Blue. Book Now!

Two parallel stories are told in the drama Snow Flower and the Secret Fan, one set in 19th century china as isolated childhood friends Snow Flower and Lily learn to communicate via a secret language written in the folds of a silk fan, and one set now as their descendants struggle to keep in touch due to the demands of the modern world. Book Now!

The First Grader is an inspirational true-life drama set in rural Kenya about an elderly man who decides to learn to read and write once and for all and who joins a class of 6-year-olds as a means of doing it. Tony Kgoroge and Naomie Harris star. Book Now!

Cinema Nouveau ran a promotional competition from the 01 April to 30 June 2011. All patrons had to do was watch any four movies at a Cinema Nouveau theatre during this period and they could stand in line to win one hundred thousand rand in cash and an additional fifty thousand rand if they were a Ster-Kinekor Movie Club member.

Congratulations to Alan M Rose who was drawn as the winner. The winner (who is not a Ster-Kinekor Movie Club member) was handed his cheque for R100 000 on Thursday 01 September 2011.

Taylor Lautner stars in this action thriller about a teen who finds himself in danger after he stumbles across a childhood photo of himself on a website devoted to missing kids. Suddenly, shadowy forces want him dead and he is forced to flee and stay one step ahead of them to uncover the truth about his mysterious past.