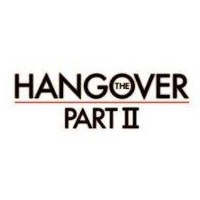 This week there’s something for everyone. Hangover’s, assasins, Karate lessons and more – only at Ster-Kinekor Theatres – Your Happy Place.

The comedy The Hangover 2 reteams Bradley Cooper, Ed Helms, Zach Galifianikis and Justin Bartha as 4 friends who head to steamy Bangkok to celebrate the upcoming wedding of one of their number. However, just like it did in Las Vegas things soon go hilariously wrong. Book Now!

The action thriller Hanna stars Saoirse Ronan as a young girl, bought up to be an assassin by her secret agent father (Eric Bana) However she is soon hunted by a ruthless CIA-boss and has to use all her skills to stay alive. Watch the trailer!

A compelling drama that explores the different meanings of being a parent through the gritty, realistic lives of the struggling, blue-collar Porter and the privileged Campbell families, Like Dandelion Dust stars Mira Sorvino, Barry Pepper and Cole Hauser. Watch the trailer!

The animated adventure Animals United takes place on the African Savannah as Billy the Meerkat and Socrates the Lion set off on an epic quest to find a new source of water as the veld runs dry. James Corden, Stephen Fry and Joanna Lumley among others provide voices for the project. Book Now!

The Japanese martial arts film High Kick Girls is about a determined teenage karate student who discovers the true nature of karate while attempting to prove her strength against a series of impressive enemies. Book Now!

Giuseppe Verdi’s famous opera Il Trovatore comes as part of The Met season 2011 and is a story of love, of betrayal and of revenge. The opera features performances from Sondra Radvanovsky and Marcelo Alvarez and is conducted by James Levine. Book Now!