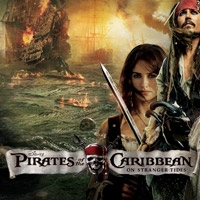 Prepare to be boarded! This week we’ve got Pirates, Knights, Witches, Countesses and a whole lot more classic cinematic characters that always make for good storylines. So to enjoy them all go to Ster-Kinekor Theatres – your happy place.

Jack Sparrow (Johnny Depp) returns for another thrilling adventure in Pirates of the Caribbean: On Stranger Tides 3D. This time out Captain Jack falls for the charms of an old flame (Penelope Cruz), locks horns with the world’s most evil pirate (Ian McShane) and sets off on an amazing adventure to find the fountain of eternal youth. Book Now!

Nicolas Cage stars in the medieval horror Season of the Witch as a knight ordered to transport a young girl accused of witchcraft to a distant monastery for treatment. However as he and his small band set out they encounter terrifying evil and soon realize that their charge is no ordinary young girl. Watch the trailer!

Based on the Jan van Tonder novel with the same title, the South African drama Roepman tells the story of a small 1960’s community in a railway town, told through the eyes of an eleven year old boy called Timus (Paul Loots). Watch the trailer!

My Words, My Lies, My Love. This Swiss drama deals with a simple waiter who becomes obsessed with a female regular at his trendy restaurant. When he finds an unpublished book he claims it as his own and shows it to her in the hope of getting her attention. However, when an ageing alcoholic appears claiming to be the true author things take a difficult turn. Book Now!

A castle near Paris in the 1920s is the setting for the opera Capriccio by Richard Strauss. The Countess Madeleine (Renee Fleming) is torn between two lovers – a poet and a musician. The answer to her problem is to command them to write an opera about the situation and she will decide how it ends. But in choosing one lover, she must lose the other. Poetry or music – which will win? Book Now!