More than 400 learners and about 140 parents who accompanied learners visited George Campus on Friday and Saturday (13 and 14 May 2011) as part of the annual NMMU Open Day at this Campus.

Feedback received from exhibitors indicates that visitors were generally well prepared and sought information on specific programmes they had identified as areas of interest in advance.

The exhibition of the Agricultural Management Programme at NMMU George scooped awards in two categories – Most Visually Appealing, and Most Interactive. SANPARKS was acknowledged as the best external exhibitor. The adjudication was done over three days, commencing on Thursday evening, by three independent judges who are experienced in the field of marketing and communication.

Open Day 2011 was complemented by an information stall at the regional shopping centre, Garden Route Mall, and a live broadcast by community radio station, Eden FM, directly from NMMU’s George Campus on Friday, 13 May. This ensured that information on NMMU’s programmes and services also reached a much wider audience throughout the Eden / Karoo region. 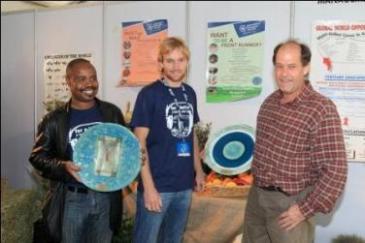 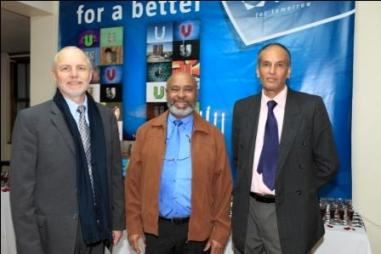 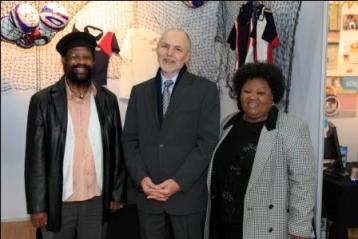 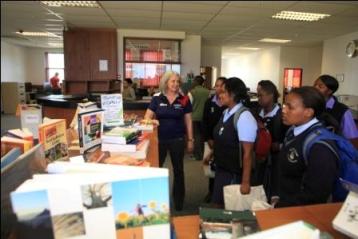 NMMU George Librarian, Bertina Odendaal, with a group of learners from Fezekile Secondary School who visited the Campus during Open Day. 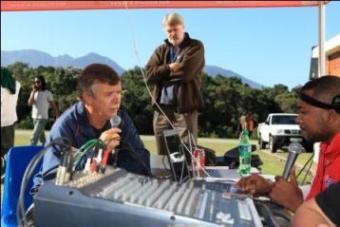 Prof Patrick Bean from NMMU’s Education Faculty in Port Elizabeth shares information with Eden FM listeners during the live broadcast from the George Campus as part of the Open Day proceedings, while Dr Du Preez of the Science Faculty looks on.