We have received most of the subscription option forms from the members and will be emailing you your subscriptions invoice this week. You have 30 days to pay your subs and no matter where you are in the World the best method is to pay by electronic transmission using your name and membership number as a reference.

If you haven’t sent in your option form yet or would like any further information email Jenny in our accounts department at JennyV@fancourt.co.za or 044 804 0144

This week’s BOE Private Clients golf day was postponed to next Wednesday 25th due to the local elections. However we are still open for business and please vote early and join us for the monthly medal.

Click here to see what Gerhard and his team have been up to.

The Fancourt ladies recently had a match against the Pretoria country club ladies. This was a hotly contested competition and social event and the Fancourt ladies narrowly won. The ladies had a wonderful time and it looks like this could become an annual event. Pictures further below in our “From the Album” section.

We have our friends from Bells here this week for the Bells Experience finals so if you see a short guy wearing a kilt and carrying a rather smelly meat thing (haggis or as close to one as Alan could find) that would be our friend from Bells, Alan Shuman. The Bells Experience is a fantastic event and one we really enjoy hosting. Talking of which last week’s Fancourt Amateur Open went very well, many thanks to Annie Lawson for coordinating the event and my team Neil, Sheldon and Aletta for running it with Annie so professionally.

Next week Friday is our next food and quiz evening and the theme is Oriental. Click Here to see the menu. We would like to make a huge thanks to Ernie Els wines for sponsoring the evening! Without them, this woudn’t be possible!

Our thoughts and best wishes go to the friends and Families of Brian Callaghan and Doug Elliot who are both seriously ill in hospital. We hope you recover soon.

An older man, not in the best physical condition, asked the Trainer in the gym, “I want to impress that beautiful girl. Which machine should I use?”

The trainer replied, “Use the ATM machine outside the gym!”

Outside of the four golf majors, The Players Championship is considered the most important tournament on tour. It is considered the PGA Tour’s major (the four traditional majors are run by organizations other than the PGA Tour) and some believe it will eventually be afforded full major status (while others scoff at that idea). But The Players Championship is definitely the premier event on tour, outside of the majors.

On Sunday K.J. Choi beat David Toms on the first playoff hole to win the 2011 Players. Toms forced the playoff by birdying the final hole of regulation, but he then missed a 3.5-foot par putt on the first extra hole; Choi followed by making his par putt to win.

The big talking point over the weekend however was Tiger Woods walking off the course before it really began! Woods withdrew from the tournament midway through the first round, walking off TPC Sawgrass after the ninth hole – and after shooting 42 on those first nine holes – with leg injuries. The Associated Press’ Doug Ferguson wrote of Woods’ demeanour during those nine holes: (Woods) constantly walked some 20 yards behind his playing partners, holding his club for support, limping more noticeable with each hole.

The question that should be asked now is: Should The Player’s Championship become the fifth Major?

WOW…what a week! I was sitting at my desk doing the scoring for the final round of the Fancourt Amateur, when the building started shaking. For about 20 seconds this went on! I went down stairs to ask what on earth that was and all I got was blank looks. I thought that I was officially going mad, until i saw a tweet from News24 that there was an earth tremor in the George area. It’s a comforting feeling to know that you are not going crazy!

The tournament was not without drama as we had several NR’s and an unfortunate DQ for the leader after 3 rounds. I want to reiterate how important it is to double check your handicap before playing in any tournament or competition! The last thing you need is to be disqualified for something so silly after playing such great golf!

I will be away for 3 weeks and will leave you in the capable hands of Mr. Sheldon Cameron, but will definitely be back for 1 or 2 rounds of golf in between!

See you on the course!
Neil Walsh-Tucker

Build up some resistance to the cold winter by indulging in our mouth watering Chinese Cuisine with our ever so popular quiz evening on the 27th May 2011.

We would also like to say thank you to Ernie Els wines for sponsoring wine for this evening.

George Child Welfare is turning 85 years
Join us for a lovely morning. (Tickets will be available at the beginning of June.) CIRCULATE TO ALL YOUR FRIENDS AND COLLEAGUES as we need you to make the difference!!

To celebrate George Child Welfare turning 85 years old this year we are hosting a Celebration ladies tea at Fancourt on 23 July at 09h30. Joan Shaw of Garden Route Marketing will be our MC, and we have a hairshow by Hair Affairs and music by Garden Route Jazz. Christie Els, local psychologist and founder of the Tekel Foundation in George will be our guest speaker.

Each lady will receive a goodie-bag and there are lovely lucky draw prizes as well. Tickets are available at R200 per person and include a light breakfast.

We have been blessed to have some wonderful prizes sponsored for our silent auction which will be announced on the day. An email will be circulated at the beginning of July with details as to the items on auction. Spoil yourself and celebrate – “Life, Love and Women”

THANK YOU FOR MAKING THE DIFFERENCE!

Signing off for this week
Léta 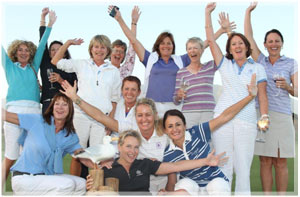 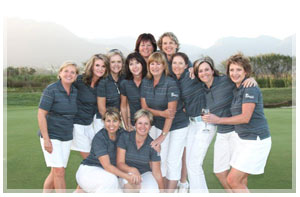 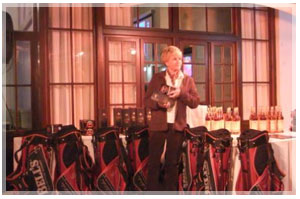 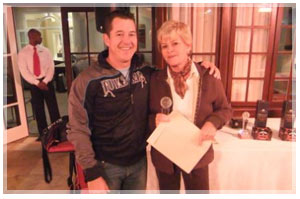 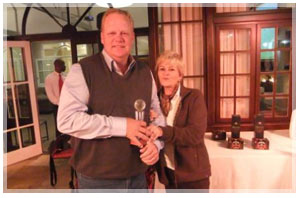